Apple is reportedly mulling a purchase of Jay Z’s Tidal music streaming service, the latest development in what has been a turbulent year for the streaming music business.

On first blush, such a deal lacks obvious logic. Apple Music, the Cupertino, Calif. company’s streaming service, has seen healthy growth since it launched a year ago, so it doesn’t need help in that department. In that same time frame, Tidal has undergone a series of executive shakeups and lawsuits concerning artist royalties and exclusivity deals. The rough seas might make Tidal a tough pill to swallow. Indeed, Apple rival Samsung recently backed off a potential deal to buy Tidal after months of rumored talks.

But a look back at Apple’s last big music acquisition sheds light on what the company may be thinking. In 2014, Apple forked over $3 billion to buy Beats. Best known for its easily recognizable headphones, Beats also had a streaming service, which essentially became Apple Music. Apple got something else in the deal, too: Legendary music mogul Jimmy Iovine and rapper Dr. Dre, both of whom brought valuable music business knowledge and contacts along with them to Cupertino.

Likewise, Apple’s interest in Tidal could have more to do with building artist connections than the streaming service itself. Jay Z’s rolodex runs deep, as evidenced by the major exclusives Tidal has landed in recent months. (He’s also married to Beyoncé.) Bringing him into the Apple fold could help it capture some of those exclusives as it fights an increasingly nasty battle with Swedish rival Spotify. Meanwhile, Tidal cost Jay Z $56 million, a drop in the bucket for the cash-rich Apple. (You could make the case that Tidal is worth more now because it has better content, or less because of all the turmoil it’s been through.)

Still, Tidal’s exclusives have also come in part because the service pitches itself to musicians as an artist owned-and-operated streaming service, with friendlier terms than rivals like Apple Music and Spotify. If Apple does indeed buy Tidal, it’s unclear how artists might react. For what it’s worth, musicians have been much warmer toward Apple than rival Spotify, at least in public.

Another caveat: Mere hours before the reports of Apple’s interest in Tidal, Spotify went public with accusations that Apple is unfairly leveraging its control of the iPhone App Store to hurt Spotify. The allegations could lead to potential antitrust activity, in which case it may be in Apple’s interest to avoid the appearance of consolidating the streaming business through a big acquisition. 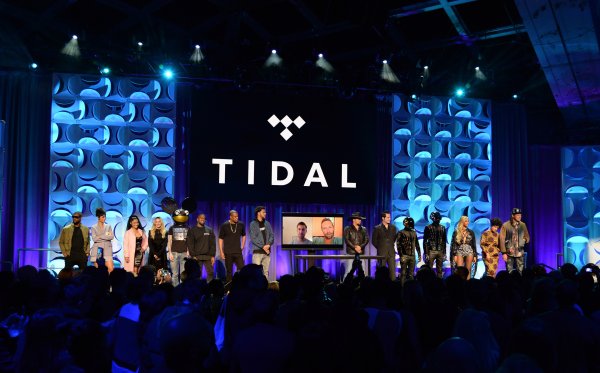 Apple 'Interested' in Tidal Music-Streaming Service
Next Up: Editor's Pick