Much of Taylor Swift’s mass appeal lies in her all-American, girl-next-door vibes, so it should come as no surprise that she’s basically the queen of Fourth of July. Over the years, the pop star has proved time and time again that there is no one who loves Independence Day more than Taylor Swift — so much so, in fact, that Taylor and her squad have dubbed the event “Taymerica.”

Not only does T. Swift throw down every year for the holiday, but she always invites a celebrity crew. Past soirée attendees include, but are not limited to, Ed Sheeran, Gigi Hadid, Ruby Rose, Uzo Aduba, Blake Lively and Ryan Reynolds, the Haim sisters, Lena Dunham, Jaime King, 2/3 Jonas brothers, Ingrid Michaelson and Emma Stone, as well as now ex-significant others like Calvin Harris and Tom Hiddleston. Swift and her guests usually engage in extremely patriotic activities like baking, waving flags and floating on large inflatable animals.

While Swift has been keeping a low profile on social media these days, which some attribute to the possibility of an incumbent album, there’s a pretty good chance that the pop princess will be celebrating her favorite holiday. While we await her FOMO-inducing Instagrams (or lack thereof), let’s reminisce on the epic Tay Fourth of July parties of days past. No one does it (or documents it) better.

Matching patriotic swimsuits are a staple for Tay and squad.

As is the obligatory group shot.

And lest you forget it’s the Fourth of July, T. Swift also provides on-brand snacks.

Swift also adheres to only patriotic activities like baking recipes that are as American as apple pie.

And playing on water slides.

Another all-American activity that is a favorite of Taylor Swift’s is emulating Ina Garten.

Taylor doesn’t mess around though — she repeated the activity two years in a row.

And even recruited her brother to really take the cake.

Baking isn’t the only 4th of July activity though! Bounce houses can be very patriotic as well.

As is posing with flags.

And, of course, Tay continues the great tradition of reminding the British that we’re no longer their colony; what do you think this means for Tom Hiddleston this year?

If all of these activities become too taxing, it’s time to head inside for a casual jam session.

Find you someone who loves you the way Taylor Swift loves 4th of July. 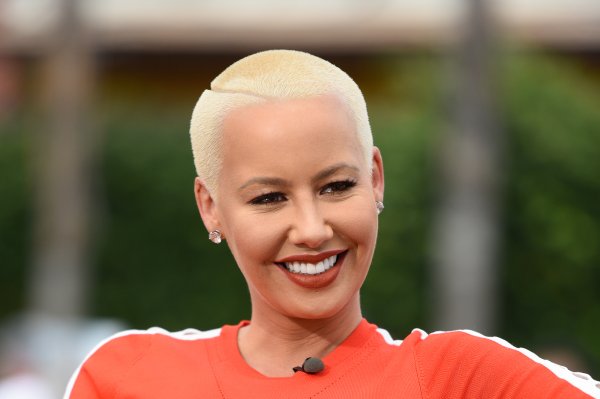 This Is What Amber Rose Really Thinks About Kanye West's 'Famous'
Next Up: Editor's Pick