This Is What Amber Rose Really Thinks About Kanye West's 'Famous'

Amber Rose has opened up about Kanye West, going into detail about how her former relationship with the rapper changed her life.

In an interview with the Daily Beast, Amber Rose discussed everything from her new VH1 show to the women who have reached out to her to tell their stories surrounding the Ian Connor rape allegations because of her SlutWalk movement.

Rose also brought up gendered double standards in the media. Asked about West and his song, “Famous,” the video of which featured a nude likeness of Rose, along with celebrities such as Taylor Swift, Donald Trump, Chris Brown and Kim Kardashian’s ex, Ray J, she talked about her experiences with fame.

“The misconception—and I still hear this seven years later, to this day—is, ‘You’re only famous for Kanye,'” she said. “Initially, absolutely. In 2009, when they’re like, ‘Amber Rose—Kanye’s girlfriend,’ I was like, ‘OK, that’s pretty accurate. That’s what it is.’ But I didn’t ask to be famous, and I didn’t even talk or do interviews for two years, because I thought, ‘I don’t want this. I’m not famous.’ Over time, with going out in public, I realized it would never go away, so I didn’t have any choice but to progress. Everything I’ve done since then is my own doing, and I’ve worked my f–king ass off for everything I have. But Wendy Williams put Charlamagne on. Jay Z put Kanye on! But they don’t do that to men, and they always want to diminish my accomplishments and put them on someone else when I work really hard.” 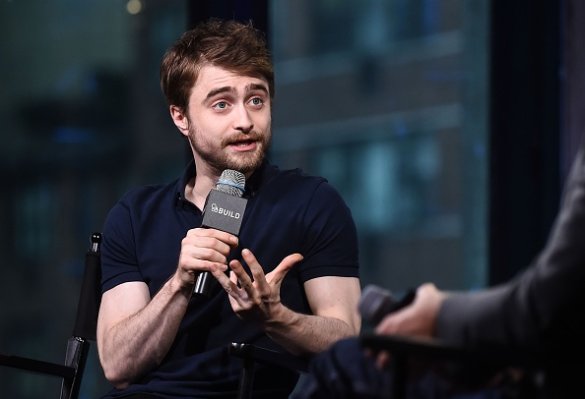