British Prime minister David Cameron during a press conference at the European Union summit on June 28, 2016 at the EU headquarters in Brussels.
Philippe Huguen—AFP/Getty Images
By Justin Worland

The future of energy and environmental policy in the United Kingdom and the European Union has been thrown into question following the U.K.’s vote to leave the E.U. last week, despite promises from the current Conservative Party leadership that the country would deliver on commitments.

“The UK’s role in dealing with a warming planet may have been made harder by the decision last Thursday,” said Amber Rudd, the U.K. Energy and Climate Change secretary, on Thursday at a conference on business and climate. “However we choose to leave the EU, let me be clear: we remain committed to dealing with climate change.”

The most immediate question on the minds of advocates for action on climate change may be what Brexit means for the Paris Agreement on climate change agreed to last year by nearly 200 countries. The agreement requires 55 countries representing 55% of the world’s emissions to ratify the agreement before it can enter into force. The E.U. and its 28 constituent countries—which make up 12% of global emissions—were widely expected to adopt the agreement in unison, according to a CarbonBrief report. But with the U.K. promising imminent, it remains unclear whether E.U. representatives will wait for the U.K. to formally depart before ratifying. If so, that could push back ratification months if not years later than expected.

“From the point of view of the Paris Agreement, the UK is part of the EU and has put in its effort as part of the EU,” said Christiana Figueres, the outgoing head of the United Nations climate change body, at a press conference before the Brexit vote. “So anything that would change that would require a recalibration.”

The UK Climate Change Act — a legally-binding law enacted in 2008 — offers some hope for those concerned with climate change. The act requires the country to work to achieve an 80% reduction in carbon dioxide emissions from 1990 levels by 2050. The current government laid out a five-year carbon budget, which lays out the path forward for the coming half-decade, before Parliament Thursday and environmental policymakers hope that it will survive the turmoil of the coming months.

Prime Minister David Cameron’s promise to resign also calls into question whether the U.K. will continue to support the Paris Agreement under its next leader. Supporters of action on climate change won a small victory Thursday when Conservative Party member Boris Johnson, a leader of the Brexit movement, declined to seek the Prime Minister spot. Johnson’s views on climate change were not entirely clear, but he has previously suggested that a period of cold weather had made him doubt the science of global warming.

“I take David Cameron at his word that he cared about these issues, but we don’t know who’s going to succeed him,” Ed Miliband, the Labour Party’s former climate change secretary, told the BBC. “He should ratify the agreement before he leaves office.”

The country will also face difficulties as policymakers will need to evaluate the details of it system of energy and environmental regulations. Many of those rules were constructed in conjunction with the E.U. and the country’s policymakers will need to decide what to keep and what to reject. Chief among them will be the E.U. emissions trading system, which all but collapsed on news of the Brexit vote passing.

The most significant issue in the long-run may be what the Brexit vote suggests about whether countries with seemingly disparate interest will be able to come together to address what is essentially a collective action problem.

“It is the most serious problem facing the world with the potential to literally destroy all life as we know it,” said Michael Bloomberg, former New York Mayor and climate advocate, before the Brexit vote. “It’s better to be close to solve problems rather than pulling apart,” he added 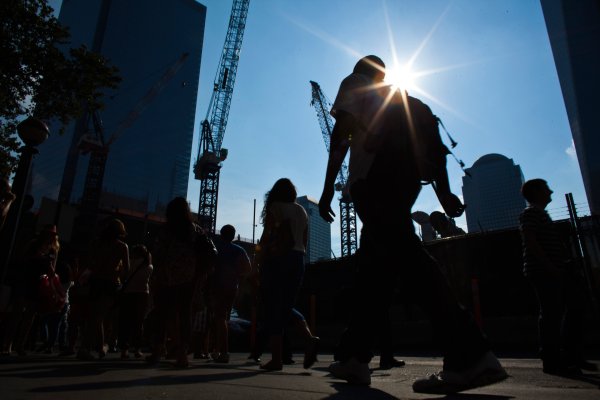