Thursday dawned beautifully over the Capitol, the sun gleaming through the nearly abandoned halls: Congress had wrapped their work Wednesday night and the members wasted little time splitting town. All that is, except Senate Democratic leaders Harry Reid and Chuck Schumer, who held a press conference Thursday morning demanding that their colleagues come back and renegotiate a bill to address the looming Zika virus crisis.

“We are willing to compromise. We know it’s an emergency,” Schumer railed. “Where are they?”

“We’re going on a seven-week vacation, it appears, in about eight or nine days and unless Senate Republicans come to their senses, the Zika virus will have no work done at the National Institutes of Health, the Centers for Disease Control,” Reid said. “There’s no money left on Zika.”

Indeed, the Senate has just three working days next week following the July 4 break to pass Zika funding, or it will punt until September, when Congress is next in session. The Zika bill failed a Senate vote on Tuesday, largely because of Democratic opposition to what they called “poison pills” inserted by the House. Senate Majority Leader Mitch McConnell is betting that a long weekend at home getting blasted by scared constituents will soften up his Democratic colleagues and force them to reconsider their opposition when he brings the bill, which is attached to a Veterans Affairs funding bill, back for a vote next week.

“In the coming days Democrats will hear from constituents back home who want to know what they’re doing to keep them safe from the threat of Zika and what they’re doing to support our veterans. Democrats will have to explain why they chose not to do their job and instead blocked funding for the Zika crisis and our nation’s heroes,” McConnell said on the Senate floor. “I’ve moved to reconsider the legislation, and we’ll give them a chance to get this right for the American people after the Fourth of July.”

Added AshLee Strong, a spokeswoman for House Speaker Paul Ryan: “Senate Democrats blocked $1.1 billion aimed at preventing the spread of Zika. They can try to spin it all they want but at the end of the day they will be held to account by their constituents for this inexplicable action.”

But Reid and Schumer swore they will not cave. At issue are four contentious provisions:

Meanwhile, the CDC estimates there are already more than 2,600 cases of Zika in U.S. states and territories, including more than 400 pregnant women. That number will likely balloon when the disease reaches the mainland, which is expected this summer.

Republicans say they are unwilling to renegotiate a new bill; Democrats say they not only won’t vote for this one but, even if they did, Obama would veto it. So, we have a game of chicken: who will swerve first?

Washington, of course, is built on a swamp. And floating outside of Congress at any given moment all summer long are thousands, if not millions of mosquitoes. Those buzzing enemies flew about unmolested Thursday morning on Capitol Hill as members of Congress once again turned their fire on one another, rather than on the problems swarming outside. 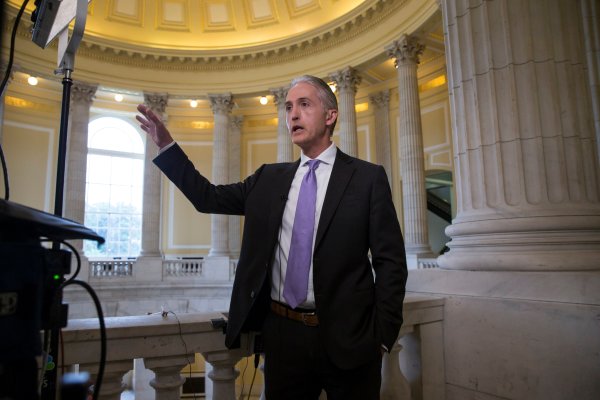