Review: The Legend of Tarzan Is Revisionist, Anachronistic, Weird and Beautiful

Conceptually, at least, David Yates’ The Legend of Tarzan, starring Alexander Skarsgård as the fantastically brawny lord of the jungle, just can’t win. It’s adapted from a series of boys’ adventure books written in the early 1900s, when racial and social awareness wasn’t anything close to what it is today, and “colonialism” wasn’t yet a word that was always preceded by “the evils of.” The world is better off, now that we’ve learned—or at least are learning—to think and talk about these things. But what about Tarzan, Edgar Rice Burroughs’ English and very white lord raised in the African jungle by apes, a man in tune with his body and with nature, but one who must also, eventually, adjust to the mores of civilization? The ape-man has lived for a very long time through Burroughs’ books, and through almost countless movie and TV adaptations, including the Johnny Weissmuller and Maureen O’Sullivan films of the 1930s and early ‘40s—which were, it should be noted, insensitive to issues of race.

So what are we supposed to do with Tarzan, now that we know better? It would be easier, maybe, to retire him forever than to try to replace his loincloth of casual unselfconsciousness with a specially designed supergarment of awareness and sophisticated thinking.

But it’s impossible for art to move things forward if we simply think of the past as a place where everyone got everything wrong. With The Legend of Tarzan, Yates—who directed four of the Harry Potter movies, infusing all of them with the proper velvety, moody magic—gives us the best possible Tarzan for our time, one who seems to know intuitively what a complicated minefield he’s stepping onto. That doesn’t diminish the pleasures of the movie—it simply makes us feel better about savoring them. And sections of The Legend of Tarzan are so imaginative, and so lovely, that they deserve our open-heartedness, not our scorn.

In the framing story of this Tarzan, Christoph Waltz appears as Leon Rom, an evil, diamond-hungry henchman of Belgian King Leopold II who, in this movie as in real life, colonized the Congo in the 1880s, to horrific effect. (The script, written by Adam Cozad and Craig Brewer, borrows liberally from history and from certain real-life characters.) Skarsgård’s Tarzan, who, as the movie opens, has already shed his jungle gear to become John Clayton, Earl of Greystoke, is living in London with his wife, Jane (Margot Robbie)—the backstory of how they met and fell in love, years earlier in Africa, will be told later in flashback. The British government—or someone—is trying to coax Clayton to return to Africa to check up on what the terrible Leopold is up to. He’s reluctant, until a visitor from America, George Washington Williams (Samuel L. Jackson), speaks up: He has heard that Leopold is enslaving the inhabitants of the Congo. Clayton cannot let that stand, so he, Williams and Jane head to Africa, where they’re met by Rom and his cronies. There’s a violent clash, and Clayton—who has by now stripped down to Hulk-style breeches that barely stretch across the expanse of his uncannily developed leg muscles—summons the memory of his old life as Tarzan, orphaned as an infant and raised by a loving mother ape to become master of the jungle world.

George Washington Williams was a real-life figure, an African American writer and human-rights activist who traveled to the Congo and was horrified by what he saw there, the grave mistreatment of the Congolese at the hands of Leopold and his abettors. The Legend of Tarzan isn’t a history lesson and isn’t pretending to be. But the presence of Jackson, as Williams, is crucial to the movie’s tone: He’s an anachronistic Greek chorus, sometimes comically awed by the vine-swinging and other awesome shenanigans his friend gets up to, and other times bearing witness to events that, even though they’re fictionalized elements of a summer entertainment, still point to unquestionably inhumane horrors. Jackson, always funny and sharp, isn’t just the white guy’s sidekick; he’s our guide into this particular white guy’s weird world. More often than not, his expression reads, “Can you believe what you’re seeing?” Because more often than not, we can’t.

Skarsgård’s Tarzan, with his muscles and Fabio-style tresses, is designed to look unreal, and he does some very unreal things. He’s the epitome of the strong, silent type, and Skarsgård plays this angle perfectly, partly as a sly joke and partly as a way of getting us to watch and listen. In one of the movie’s most striking scenes, he and Williams cross a ridge to see a pride of lions before them. Scary, right? But Clayton—or, rather, Tarzan—approaches them boldly, and suddenly it becomes clear that he knows them from his former life: He greets them with the nuzzling face-rub familiar to anyone who has housecats, and they return his solemn affection.

This is a ridiculous sight. It’s also weird and beautiful and daring—you have to laugh a little at its audaciousness, but it’s so completely irony-free that to deride it would only be cheap. Why not just enter its CGI-heavy bubble of wonder? The plot of The Legend of Tarzan is overcomplicated—the movie trips over itself in the last third, especially. But there’s always something to look at, and there’s always something, or someone, in motion. Skarsgård’s physicality in this role is key. Leaping and swinging and not saying much, his Tarzan is like an actor conjuring a sense memory, an intuitive sense of how things ought to be: The jungle is a rough place, but unlike animals, men shouldn’t kill other men—they know better. Skarsgård speaks through his eyes and his gait. No wonder he can communicate not just with lions but with elephants, too: He reads their language, spoken through soulful eyes and flaring ears, the way other, more boring cultured white dudes read French.

And what about Robbie’s Jane, the daughter of an American schoolteacher, a woman who seems very much at home surrounded by the wonders of the jungle? In flashback, we see how she and Tarzan meet, when he saves her from certain death at the hands of an angry ape. But mostly, she saves herself: Jane is frequently endangered in The Legend of Tarzan, but as Robbie plays her, she’s so hardy that you don’t worry about her for a second. If need be, she can even outswim angry hippos.

You can see why Tarzan falls for her. At their initial meeting—she’s the first human woman he’s ever seen, a vision in a fluttery white cotton dress, like something out of dreamy Victorian erotica—he sniffs at her, confounded. Her scent is like nothing he’s ever encountered. She’s entranced by him too, though she also keeps him from going too far. Her no means no, and he gets that. Eventually, they’ll have amazing, beautiful jungle sex, as well as a partnership in which they’re balanced equals, but that comes later. The Legend of Tarzan is true to its roots, but it also knows it’s stepping into dangerous territory: The present. Sometimes, it’s a snakepit. 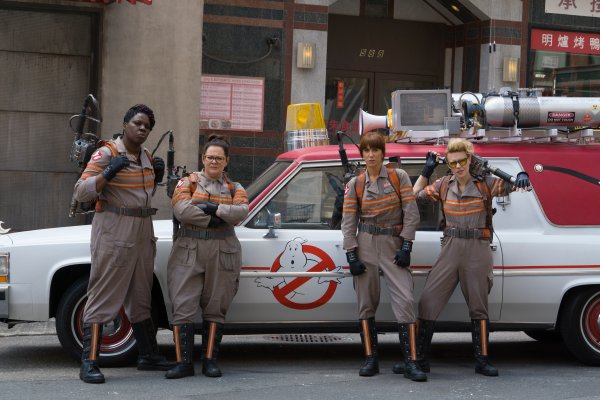