Joint Base Andrews Lifts Lockdown After Report of Active Shooter

U.S. Joint Base Andrews in Maryland lifted its lockdown Thursday after officials found no active shooter, the military base said.

The base, which is home to Air Force One, was set to conduct a “no-notice” active shooter drill about 9 a.m. when a “real-world” active shooter was reported at the Malcolm Grow Medical Facility, a U.S. Air Force hospital, Joint Base Andrews wrote on Facebook.

Officials have determined there was no threat to the base after directing all personnel to shelter in place. The base said the reports of a shooter were “miscommunicated” before the exercise was about to begin.

“There was a misidentification of the security forces emergency services team who were conducting a routine inspection of the medical facility, which caused the distress call to the base defense operations center,” it said in a statement.

“Fortunately, this was not a life-threatening situation,” said Col. Brad Hoagland, a Joint Base Andrews commander. “We take all threats seriously and reacted to ensure the security of those on the base.” 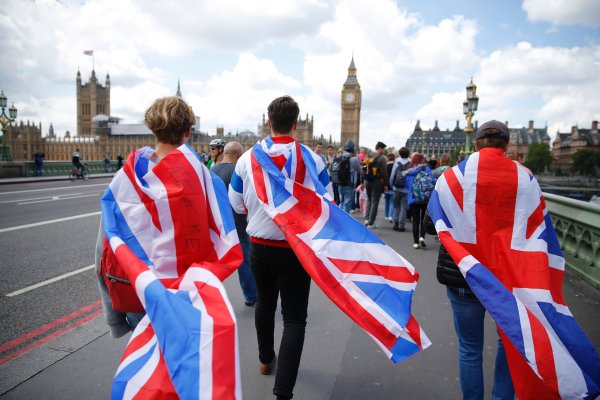 Does 'Brexit' Mean Security Woes Are Next?
Next Up: Editor's Pick