Ah, to be an eater in France: the cheese, the baguettes, the wine, the petit fours. Our chicken nuggets pale in comparison.

So does our health. While an astounding 34% of people in the U.S. are obese, the French are a full 10 percentage points behind.

So what, exactly, are French people putting on their plates? A team of researchers from the French Agency for Food, Environmental and Occupational Health & Safety wanted to find out, and their new study published in the British Journal of Nutrition revealed eating patterns that will surely feel foreign to the average American eater. The most Western eating pattern was dubbed by the researchers the “sweet and processed” diet, describing 13% of the population (most of them young) and including convenience foods like skim milk, fruit juice, breakfast cereal, chocolates and quiche.

But the rest of the country seemed to follow other patterns. Using nationally representative data, researchers analyzed the diets of 2,600 French adults who for seven days recorded everything they ate. The researchers then teased out several distinctly French dietary styles.

1. They are masters of portion control. The most popular diet of all, describing 23% of the population, was a “small eater” diet—one that encompassed all kinds of foods, but significantly less of them. People who ate this diet also ate fewer calories.

2. They don’t fear full fat. In fact, 89% of people in the study ate full-fat cheese, while only 8% ate the low-fat kind. Another French study this year found that cheese, rich in saturated fat as it is, isn’t harmful for health when kept to two daily servings. And new research suggests that they have the right idea: people who eat full-fat dairy tend to be less obese than those who eat low-fat dairy.

3. They eat spare amounts of fried and processed food. Only 29% of people reported eating processed fried or breaded foods in those seven days. In the U.S., 50% of people ate fried foods at least once in a given week—and 8% of them did so four to six times per week.

4. They eat fish. About 70% of people reported eating unprocessed fish in the past week. Roughly 30% of Americans eat seafood once a week, but nearly half eat fish only occasionally or not at all.

5. They drink. 68% of the population reported drinking alcohol in the past week—mostly wine.

6. They generally eat healthy food. About 13% of people stuck to a Mediterranean diet, rich in fish, fruit, vegetable oils, full-fat dairy and unprocessed foods. Just as popular was what the researchers classified as a “health-conscious diet”—though theirs was dominated by neither quinoa nor green juice. A healthy diet in France means one filled with multigrain bread, soups, fruit, tea, lower-fat foods and—most surprisingly of all—cakes and pastries. “It’s really interesting, because we can see that individuals who seem to be healthful didn’t forget the pleasure dimension of eating,” says Rozenn Gazan, the main author of the study. “It’s an important aspect in France.”

7. Their not-as-healthy foods are nothing like America’s. About 17% of French people had a “traditional” diet, heavy in fat, sugar and salt—but from wine, salami, cheese, bread, red meat, grains and desserts. Fast food on this list is noticeably absent.

8. They keep things simple. About 10% of the population followed what the researchers deemed a basic diet, eating mostly simple, unprocessed foods like cheese, eggs, potatoes, butter, yogurt and animal fat, as well as pasta and bread.

This report made clear that the French embrace a wide range of foods, and in reasonable quantities. “It’s clear that there is not one way of eating,” Gazan says. “But in most of the dietary patterns, the pleasure and conviviality and social dimension of diet remains really strong in France.” 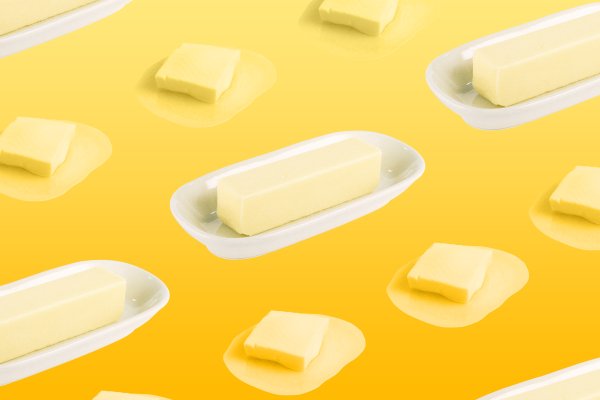 The Case for Eating Butter Just Got Stronger
Next Up: Editor's Pick