Inside the Week That Broke British Politics

British Prime minister David Cameron gestures as he delivers a speech during a press conference during an European Union summit at the EU headquarters in Brussels on June 28, 2016.
Philippe Huguen—AFP/Getty Images
Ideas
By Dan Stewart

One of the most hackneyed clichés in journalism holds that a week is a long time in politics. But few observers of British politics have lived through a week like this one.

A referendum vote that defied every logical prediction. The resignation of a prime minister. The descent into recrimination and infighting of one of Britain’s major political parties. And in the other, an exhibition of Game of Thrones-like skullduggery. And Friday isn’t even over yet.

The ‘Brexit’ vote kicked it all off, of course. Some 17.4 million voters elected to put a giant cat among Europe’s pigeons, and withdraw the U.K. from the European Union. The pound cratered, and the markets burned (though the fires have since abated). Prime Minister David Cameron swiftly committed harakiri, creating a vacancy at the highest level of government.

In an ordered world, the opposition Labour Party might have begun plotting how to fill that vacancy. Instead, the shadow cabinet began plotting a way to create a vacancy of their own. The mainstream Labour Party had been looking for an opportunity to dump Jeremy Corbyn, the avuncular leftist who accidentally won the leadership last year, and his characteristically half-hearted campaign against Brexit gave them the chance.

But the mild-mannered Corbyn voted to Remain. Early Sunday, he sacked chief plotter Hillary Benn and set in motion a chain of resignations that had Americans googling the words “shadow cabinet” in droves. Within 48 hours, he was looking about as isolated as a lost mitten on a Tube platform. But still he kept on restocking his shadow cabinet with new members, until they too realized they had set sail on a sinking ship; one Labour MP, Pat Glass, spent a total of 51 hours as shadow education secretary before jumping over the railing herself.

Meanwhile, leading Conservatives began setting out their stalls for the leadership contest. Boris Johnson, the pro-Leave campaigner and former Mayor of London, wrote a blithely optimistic column in Monday’s Telegraph reassuring Brits that when it came to leaving the E.U. they could have their cake and eat it too. Even health minister Jeremy Hunt, whose punitive reforms have made him by some measure the least popular politician in the cabinet, suggested he might fling himself into contention. Only Treasury minister George Osborne ruled himself out, his flush evidently busted by Brexit.

By Tuesday, the fire lit by Labour MPs beneath Jeremy Corbyn had become a raging inferno. A motion of no confidence was backed by some 80% of Labour MPs. Almost every party dignitary of any repute, from Corbyn’s predecessor Ed Miliband to former Prime Minister Gordon Brown, urged him to go. At the same time, the party’s rank-and-file — many of them young socialists who had joined the party in a special £3 offer last year — rallied for him to stay. Wednesday came and went, but Corbyn stayed put.

Soon enough it was Thursday, when the “big beasts” of the Conservative Party were expected to throw their hats into the ring. The morning began predictably enough, with candidates such as Home Secretary Theresa May tossing a stylish beret forward and former defense minister Liam Fox chucking in his camouflaged hunting cap.

Then came the first shock of the morning. Michael Gove, the Justice Minister and pro-Leave campaigner, reneged on his many, many statements disavowing the leadership role to delicately place a crown of thorns in the ring. Known for his reserved Presbyterian politesse, Gove used his bid to effectively shove a dagger into Johnson’s chest. “I have come, reluctantly, to the conclusion that Boris cannot provide the leadership or build the team for the task ahead,” he said.

What would Boris do? As the time of his campaign launch neared, most speculated he would take a good-natured swipe at his Vote Leave compatriot in a Churchillian speech about Britain, freedom, democracy and so on before slam-dunking his tasseled clown cap into the Tory ‘O’.

Instead, he delivered a second shock to a still reeling country: With a grin, he declared he would not be running after all. Was it the snickersnack of Gove’s blade that cut his ambitions off at the spine? Or did Boris simply look at the economic indicators post-Brexit and decide he didn’t want to become CEO of a failing business? Either way, his hasty U-turn has likely undone his dream of reaching No. 10 for good. Behold, a typical reaction from a well-known Brit:

On the other side, the final act of the Corbyn saga has yet to play out. Labour MP Owen Smith is said to be waiting in the wings to launch a leadership challenge, though fellow rebel Angela Eagle got stage fright before launching her own bid. But Corbyn knows he has the votes to keep his job, and can happily stay on in perpetuity as king of the charred hinterland once known as the parliamentary Labour Party.

What on earth happens next is anyone’s guess. Could Cameron decide not to give the job up after all? Could Labour split into two? Might Boris show up as a rival Republican candidate for the U.S. Presidency? (He was born in New York, after all).

Only one thing’s for sure: This cross between House of Cards, Game of Thrones and the Thick of It would all be quite fun if it weren’t accompanied by the collapse of the pound, the potential disintegration of the union and the bleak and uncertain future facing us all.

And the weekend’s still not here. 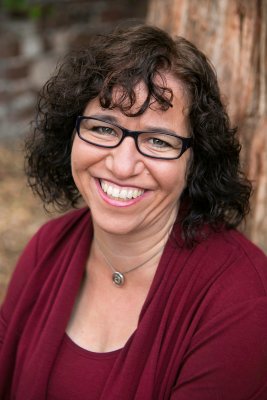 Coming Out Is an Ongoing Part of My Life
Next Up: Editor's Pick