We Love Films That Want to Kill Us

The making of disaster movies–specifically ones in which whole cities are destroyed, by alien death rays, irate overgrown creatures or natural disasters preceded by warnings we failed to heed–isn’t a purely American pursuit. But Hollywood has produced more destructo-extravaganzas than any other film industry, and is so good at them that they’ve long been a staple of our summer movie diet. The genre really blossomed, with a boom, in the 1970s, with films like The Towering Inferno and Earthquake. In 1996, Roland Emmerich ushered in the era of the modern urban-destruction film with Independence Day, in which beings from another world decided it was time to take over ours. These unwelcome tourists return this summer in Independence Day: Resurgence.

A key scene in Emmerich’s earlier movie shows flames roaring through the White House after it’s zapped by a streak of blue alien light from above. It’s easy to picture ferocious fireballs rolling through stately common rooms furnished by generations of First Ladies, and destroying bedchambers where Presidents, weary from making tough, world-leader decisions, had slept. Seeing the White House, an obvious symbol of power, blown to smithereens may have been cathartic for some, but I found it disquieting. If you view the White House as a symbol of democracy–of everything that’s great about it as well as its marked flaws–to see it in flames means facing up to the possible fragility of something we’ve built, something we think of as tough and lasting.

Some five years later, our sense of what it means to be American was put to another test, and not on the movie screen. The 9/11 attacks were cinematic in their unreality: Those of us who watched the towers come down on live television–or, God forbid, in real life–could barely believe what we were seeing. The only points of reference we had were things we’d seen in the movies, but in this case real, as opposed to make-believe, human beings were dying. After that, I lost whatever taste I ever had for watching buildings crumbling onscreen, and wondered if movie audiences in general would follow suit.

Yet onscreen city ruination is still standard, particularly around summer-blockbuster time, and Independence Day: Resurgence promises lots of it. But then, these movies aren’t supposed to be about subtlety: excess is part of their language. And maybe, since 9/11, movie audiences are able to take some comfort in seeing destruction they can classify as fake.

It’s human not to know what we love most until it’s gone. Many New Yorkers found the twin towers unspeakably ugly–until they disappeared. What if, in real life, we were to see our favorite landmarks–the Chrysler Building, the Golden Gate Bridge, the Eiffel Tower–gone in a blink? We’d feel bereft. Disaster movies ask us to reckon with the worst, but then we awaken from the bad dream–or the movie–and the touchstone we love is still there. Life goes on, as ever. We can leave the nightmare behind on the screen. 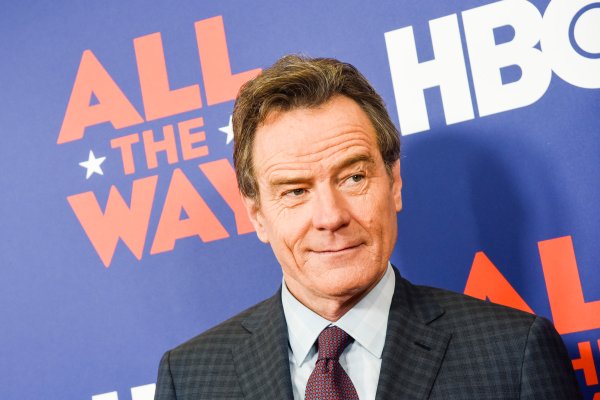 Watch Tom Hanks in the Trailer For Sully
Next Up: Editor's Pick