Giving Back Is a Birthright

Charity–humanity’s most benevolent impulse–is a timeless and borderless virtue, dating at least to the dawn of religious teaching. Philanthropy as we understand it today, however, is a distinctly American phenomenon, inseparable from the nation that shaped it. From colonial leaders to modern billionaires like Buffett, Gates and Zuckerberg, the tradition of giving is woven into our national DNA.

Like so many of our social structures, the formal practice of giving money to aid society traces its origin to a Founding Father. Benjamin Franklin, an icon of individual industry and frugality even in his own day, understood that with the privilege of doing well came the price of doing good. When he died in 1790, Franklin thought to future generations, leaving in trust two gifts of 1,000 lb. of sterling silver–one to the city of Boston, the other to Philadelphia. Per his instruction, a portion of the money and its dividends could not be used for 200 years.

While Franklin’s gifts lay in wait, the tradition he established evolved alongside the young nation. After the Civil War, rapid industrialization concentrated unfathomable wealth in the hands of a few, creating a period of unprecedented inequality. In response, the steel magnate Andrew Carnegie pioneered scientific philanthropy, which sought to address the underlying causes of social ills, rather than their symptoms. In his lifetime, Carnegie gave away more than $350 million, the equivalent of some $9 billion today. His 1889 essay “Wealth”–now better known as Carnegie’s “The Gospel of Wealth”–effectively launched modern philanthropy by creating a model that the wealthy continue to follow.

Other, often far less well-known men and women have played a critical role in philanthropy’s evolution. One of my personal heroes is Julius Rosenwald, who made his fortune building Sears, Roebuck and Co. With his giving, Rosenwald helped construct more than 5,300 schools across the segregated South and opened classroom doors to a generation of African-American students, including Maya Angelou and Congressman John Lewis.

America’s philanthropic instinct is not limited to the rich. The nation’s history is rife with people like Oseola McCarty, a Mississippi washerwoman who gave away her life savings of $150,000 in 1995 to fund college scholarships for low-income students with promise.

What accounts for this culture of generosity? The answer is not solely altruistic. Incentives in the tax code, for one, encourage the well-off to give. And philanthropy has long helped improve the public image of everyone from robber barons to the new tech elite.

Indeed, King illuminates a central contradiction: philanthropy is an offspring of the market, conceived and sustained by returns on capital, yet its most important responsibility is to help address the market’s imbalances and inadequacies.

Today institutional giving is undergoing a radical transformation. Priscilla Chan and Mark Zuckerberg made headlines for committing $45 billion in Facebook stock through a limited liability corporation. They’re among a host of emerging donors who are experimenting with approaches to giving away their fortunes outside the boundaries of traditional foundations.

Only 26 years ago, the last of Franklin’s gifts were finally made available, having multiplied to $6.5 million. More than the sum, they represent a broader principle: We are custodians of a public trust, even if our capital was derived from private enterprise, and our most important obligation is ensuring that the system works more equally and more justly for more people. This belief is core to our national character. America’s greatest strength is not the fact of perfection, but rather the act of perfecting.

Walker is the president of the Ford Foundation 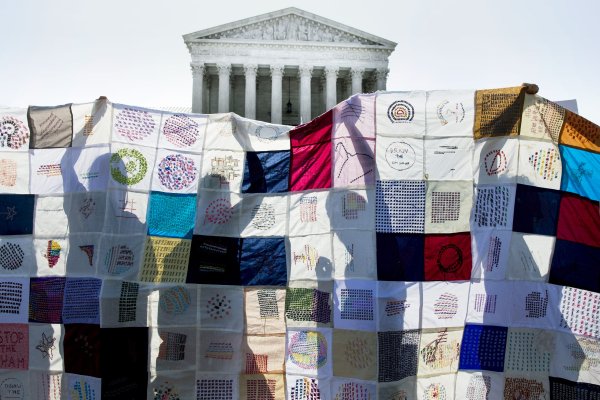