You keep saying that you’re tired of politics. This is strange, since you don’t actually do anything about politics, like vote. But we in the mainstream media are no longer in a position to argue with you, so if you say you’re sick of politics, then we are absolutely nauseated by it. That’s why my editors decided to grant TIME readers what they call an “emotional vacation” with this issue, titled 240 Things to Celebrate About America Right Now. I’m assuming this is a reference to some book from A.D. 40 called 240 Things to Celebrate About the Roman Empire Right Now. Which probably included No. 110: “Caligula’s rallies may get violent, but his Make rome great again helmet is really cool.” I made this joke just to change this issue from 99% politics-free to 98.8%.

That’s because I don’t think we should take a break from the most consequential election of my lifetime, and instead should run a third Donald Trump cover in 2016, which would get him closer to his claim of having been on “four or five” TIME covers in the past six months. (Now 98.6% politics-free).

So I called academics who study happiness to get them to admit that an emotional vacation is not a real thing unless it’s the term for what I do when my mom lists her minor physical ailments and I repeat, “That sounds terrible,” even though I’m not listening. Unfortunately, the academics I spoke to did what academics have been doing since I was in school, which is tell me I’m wrong. They say that taking a break from something upsetting is indeed a very effective tool. “You can’t survive if all day long all you think about is what you’re coping with,” says Sonja Lyubomirsky, a psychology professor at the University of California at Riverside who is the author of The How of Happiness. “You can be going through something terrible and still enjoy a fine meal.” While I’m not a happiness academic, I do know that you can enjoy a fine meal even more if you expense it by claiming you ate it with Sonja Lyubomirsky.

Focusing on the negative leads to spiraling, during which one consumes more information and does nothing about it, which is TIME’s business model. But by taking breaks from the negative, we can gain perspective, which allows us to despiral, giving us the creativity to make up new words like despiral. Not all distractions are equally despiraling, however. Dacher Keltner, a psychology professor who runs the Greater Good Science Center at the University of California, Berkeley, says awe, gratitude and mirth deliver the most happiness, though I suspect he threw in the mirth thing just to make me happy, which seems like a happiness-Jedi thing to do.

So I ask Ben Goldberger, the editor of this issue, if he included a lot of awe, gratitude and mirth. As soon as Ben starts talking, it becomes clear that he is less interested in awe, gratitude and mirth than in coming up with 240 things. In fact, he says, if I can come up with awesome, gratitude-worthy or mirthful things, I can include them in this column, and he will count them toward the 240. This totally changes my mind on this issue, making me really happy about it. Ben is the Tom Sawyer of editors.

While Ben did a fine job at celebrating, he came up short on awe (No. 82: Bread; No. 85: A swamp; No. 86: the North Dakota legislative assembly; No. 93: a soul-food restaurant with only 3.5 stars on Yelp). And awe, my experts tell me, has the power to make us feel small, thereby inspiring humility, thereby eliminating any chance we’ll run for office (98.4% politics-free). So I ask Keltner for something awesome to Celebrate About America Right Now. “We just did a conference on awe and had Stacy Bare,” he says. “He’s a veteran who came out of the shock-and-awe culture and”–after being suicidal–“found peace in rock climbing.” I’m not sure if I’m supposed to feel awe about Bare or rock climbing, but either one is now available to Ben for the list.

Yet the most powerful way to emotionally vacate is to help others, since it forces you to escape your own issues. Which is why I offer this bonus item, No. 241: the Things to Celebrate About America Right Now Foundation, which donates money directly to America! To get around the bureaucracy of setting up a charity (No. 242: Innovators who get around bureaucracy), here’s how it works: when you send in your check to pay your federal tax, add your contribution and write in the memo: “A gift for the Things to Celebrate About America Right Now Foundation.” How precisely that money will be used is something we know you’d rather not argue about while on vacation. 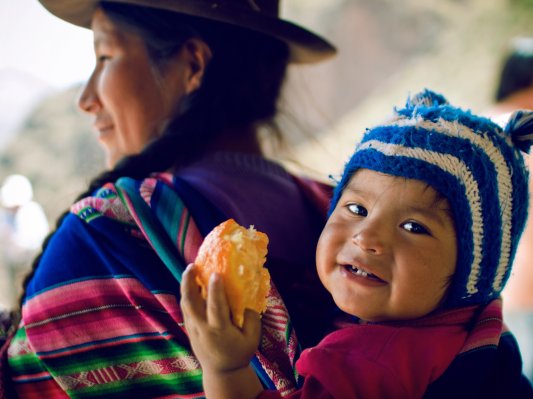 Don’t Make Me Choose Between My Profession and My Son
Next Up: Editor's Pick