A monument built to honor Frederick Douglass, a statue of Douglass stands on top of a stone base in Rochester, New York, 1900.
Smith Collection/Gado/Getty Images
Ideas
By Annette Gordon-Reed
Gordon-Reed, a professor of legal history at Harvard, is the author, with Peter S. Onuf, of Most Blessed of the Patriarchs: Thomas Jefferson and the Empire of the Imagination.

You would expect it in a young country — a country made up of people from all over the world, a country born of the highest ideals yet made possible by the violent displacement of one group of people and the enslavement of another. We in the United States have been arguing about, extolling, criticizing, loving, challenging and defending the American experiment from the country’s inception. What is the nature of the equality of which Jefferson spoke in the Declaration of Independence? Was it for all people? What of his phrase life, liberty and the pursuit of happiness?

In the earliest days, only a select group of voices could be heard on these matters. White property-owning males were the dominant force in setting the nation’s political and economic agenda. But over the years, white women, blacks — enslaved and free — and newly arrived immigrants wondered what the American experiment should mean for them. Whenever able, they and their allies sought to shape their meanings by insisting that the country’s seemingly boundless promise be open to them.

These efforts have always required questioning and adjusting the American narrative in ways large and small. The most major adjustment, of course, was the Civil War, which destroyed legalized chattel slavery and set the stage for the transformation of the Constitution. The amendments to that document began the long struggle to bring African Americans into equal citizenship. Women of all races fought for and won the right to vote, the right to control their bodies and the right to participate in every aspect of American life. This process, almost always driven by law, has played itself out inexorably as other groups have sought to become full-fledged members of “the people” referred to in the preamble to the Constitution.

But as Frederick Douglass famously noted, “Power concedes nothing without a demand.” There has always been resistance to transforming the American narrative. The restless nature of our society frightens many who would narrowly circumscribe the amount and nature of change to be absorbed.

Standing still, however, has not been the American way. We seem programmed to move forward as we reassess aspects of any given status quo. In this spirit, on college campuses and in other venues across the nation, people are demanding a heightened level of awareness over the messages that language and the physical environment convey about who is entitled to fit comfortably in America. We are asked to think of what it means, for example, to be a black student assigned to a dormitory named to honor a person who believed that black people were inferior beings, fit only for slavery or for a second-class and segregated existence. Why should there be monuments to people who sought to destroy the U.S. and to maintain slavery until they were ready to end it, if ever? Things that are taken for granted perhaps should not be.

The quest for a reformed and inclusive American narrative, one that recognizes the value of all people, has not been easy. But if our history is any judge, the battle will continue, so long as we hold true to the best of our ideals. The U.S. has ever been, and will likely always be, an evolving experiment. 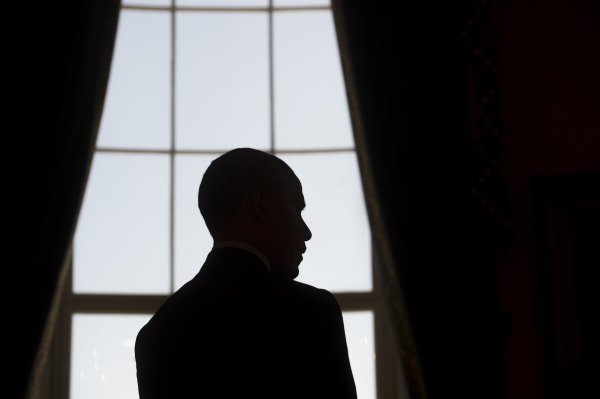 Blacks and Whites Don't Agree on the State of Race Relations in the U.S.
Next Up: Editor's Pick