This Chinese Propaganda Rap Is the Most Painful Song Ever Recorded

“The red dragon ain’t no evil,” raps Chuckie, referring to his native China, “but a beautiful place.” To scenes of cuddly pandas, spewing smokestacks and goose-stepping soldiers holding aloft a Chinese flag, the English-language music video for “This Is China” begins with a mission to “restore the impression you have of my country, China, which have been [sic] exactly fabricated by media for such a long time.”

The offending media, in case it isn’t clear, are foreign, says Chuckie, whose real name is Wang Zixin. “I would like to tell Westerners that young people in China are not foolish,” the 22-year-old recent college graduate tells TIME. “We know the good and bad in China. It is just that some problems cannot be solved immediately. I want to change Westerners’ stereotypes about us.”

Although the rap song was the brainchild of Wang’s ensemble CD Rev — lyrics by Pissy (no, seriously) and beats by Chuckie — the music video was produced with help from a studio run by the Communist Youth League of China.

“This Is China” fits into a campaign by China’s ruling party to soften its image amid overseas criticism of Beijing’s muscular foreign policy and domestic human-rights crackdown. In recent months, government-linked studios have released videos featuring everything from a cartoon Chinese President Xi Jinping playing whack-a-mole with corrupt officials to an English-language explainer of China’s 13th five-year plan for its economy. Another animated music video included a hip-hop verse that went, “It’s everyone’s dream to build a moderately prosperous society comprehensively.” (The latter is one of Xi’s “four comprehensive” slogans, if not a catchy rhyme.)

The rhymes on “This Is China” are equally wooden — indeed hilarious to foreign ears weaned on a diet of Kanye and Lil Wayne. “As an individual presently based in the southwest of the country,” declaims Wang, in what must be the most unlikely introduction ever to fall from the lips of an MC. “First things first, we all know that China is a developing country,” he continues, as though reading from a textbook. “It has large population [sic] and it is really hard to manage.”

In like manner, “This Is China” then name-checks the wonders of Chinese society, such as ubiquitous payment by mobile phones (even to make appointments with doctors!) and strict gun control that prevents “gun slaughtering.” Scientific achievements also make it into the song, including KBBF crystals used in laser technology and the discovery of malaria treatment aremisinin by Nobel Prize–winning scientist Tu Youyou. “Obviously China is rising, but we have 5,000 years of Confucian education so we are a peace-loving country,” says Wang. “We will not initiate attacks on others.”

The rap, which was first covered by Chinese online-media venture Sixth Tone, doesn’t shy away from the nation’s problems. Air pollution is mentioned (“It is real that pollution is severe at the present stage”). So are entrepreneurs whose rapaciousness sickened babies with melamine-laced milk and expired vaccines. Corrupt politicians are taken to task for their sexual peccadilloes. But the overall message of “This Is China” is one pleading for understanding.

Since forming on China’s National Day last year, CD Rev has held concerts in the southwestern city of Chengdu. At first, the shows featured apolitical pop songs. “We didn’t want people to think of us as making money from propaganda songs,” Wang says. But it turned out many audience members were coming for the political rap, and relishing such lines as, “Meanwhile, we can trust the Public Security [Bureau], cuz the policemen are kind to citizens but crucial [sic] to our enemies.”

Wang is not a member of the Chinese Communist Party and says his generation has been exposed to plenty of Western ideas. Still, in an online article published on June 29, Wang wrote that Chinese textbooks, often criticized by outsiders for their focus on patriotic education, are more objective than those from other nations. “We can compare China’s one-party system and the Western multiparty system, and we know each system has its pros and cons,” he says. “The Chinese Communist Party is not necessarily better than its foreign counterpart, and vice versa.”

Still, one of CD Rev’s previous efforts, called “The Force of Red,” makes certain feelings for the West clear, even if Wang now admits the lyrics are “a little extreme.” Foreign media are described as “media punk ass white trash” with a final expletive for emphasis. “Tell Uncle Sam,” the lyrics go, “the red king’s coming back.” Even if the king’s chosen heralds have American-sounding accents and stage names. 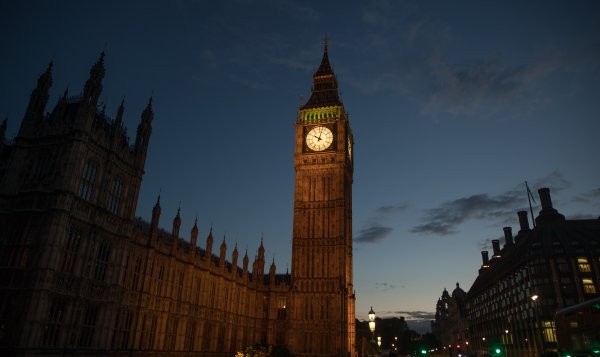