Michael Phelps, the most decorated Olympian of all time, has set yet another record: he’s the first American male swimmer to make five Olympic teams.

The 22-time Olympic medalist finished first in the 200-m butterfly with a time of 1:54.84, three seconds shy of his 2009 world record, at the U.S. Olympic trials held in Omaha, according to USA Today.

The win automatically secures his place on the U.S. squad and ticket to the 2016 Rio Olympics.

“Being able to come back, that’s probably harder than any swim I’ve had in my life,” he said, according to USA Today.

Winning the 200-m butterfly is a record in itself with no other man winning the same event at the Olympic trials four consecutive times. Phelps is expected to compete in multiple events in Rio and will get the chance to add to the astonishing number of medals he has won over the last four games — 18 of them gold. 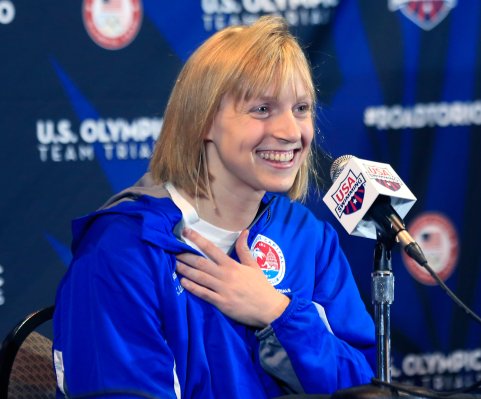 Michael Phelps: Katie Ledecky Is Like Me 'Way Back'
Next Up: Editor's Pick