Read the Remarks From the 'Three Amigos' Summit Press Conference

The three leaders were asked about the presumptive Republican nominee’s controversial positions on immigration and globalization.

“The genius of America has been to define ourselves not by what we look like or what our last name is or what faith we practice, but our adherence to a common creed,” Obama said. “The notion that somehow we would stop now on what has been a tradition of attracting talent and strivers and dreamers from all around the world, that would rob us of the thing that is most special about America and I don’t think it will happen.”

Here are the full remarks from the press conference at the “Three Amigos” Summit in Ottawa, Canada: 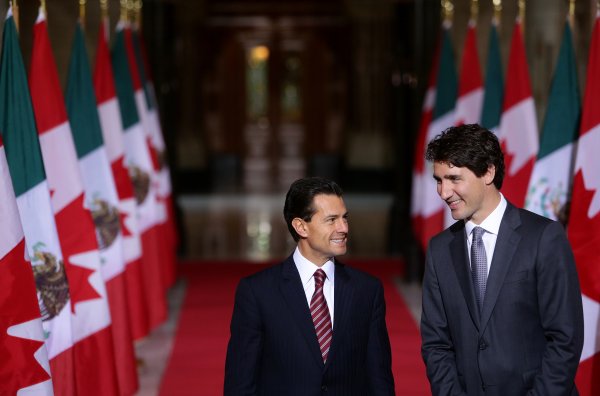 What to Watch for at North American Leaders Summit
Next Up: Editor's Pick