All 3 'BioShock' Games Are Getting a Massive Upgrade

The leaks weren’t wrong: All three BioShock games are coming back and souped-up for PlayStation 4, Xbox One and PC in a $59.99 bundle titled BioShock: The Collection. Look for it on September 13 if you’re in the U.S.

That includes the original 9-year-old tour of an underwater reflection on free market and individualist extremism, its 5-year-old “collectivism can be nuts too!” sequel, and 2013’s BioShock Infinite, the comparably gonzo outlier shooter that’s pretty much impossible to summarize here. The remastering sounds thorough, too, meaning they’ve touched up the weapons and effects and character models with better skins and textures, not just cranked up the resolution and frame rates.

In addition to remastering the lot — well, all save the PC version of BioShock, which 2K says “already meets current-gen console standards and runs smoothly on high visual settings” — they’re throwing in all the downloadable add-on story and challenge packs. There’s also a “Director’s Commentary: Imagining BioShock” video series that 2K describes as “never-before-seen,” including clips with BioShock and BioShock Infinite creative director Ken Levine and animation lead Shawn Robertson. The only thing that didn’t make the cut: BioShock 2‘s multiplayer, which I only vaguely remember playing, and can’t imagine many caring much about.

The danger of revisiting a game as industry-upending as BioShock (at least for how it fired water cooler conversations about “games as fill-in-the-blank”), is that it’s not clear these experiences have aged gracefully. You may recall the fuss, quieter a decade ago, about the apparent discord between the games’ Very Serious stories intercutting what amounted to a bunch of playful but relentless shooting galleries. Can the BioShock games transcend their time the way certain books or musical ideas or works of visual art seem to? We’re about to find out. 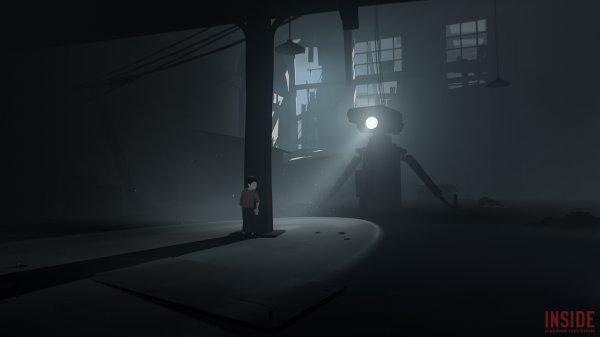 Why 'Inside' Is a Puzzle-Platformer You Shouldn't Miss
Next Up: Editor's Pick