But if you happen to be a tasteless rap star from the early 00s, it might be time to upgrade that home cinema setup.

IMAX has launched a new IMAX Private Theatre division, according to a new Bloomberg report, which will bring the high-quality cinema standard into the home.

Predictably, such a setup doesn’t come cheap. Those interested in adding an IMAX extension to their home will have to fork over $400,000 (around £300,000) just to get the basic ‘Palais’ system installed.

Of course, if you’re the type of ‘high-net-worth individual’, as Bloomberg puts it, who sneers at at figures such as this, there’s always the ‘Platinum’ system, which gives you more chairs and costs around $1 million (around £745,000).

The new private IMAX standard comes with a 10-feet tall screen and also includes dual 4K/3D projectors, an IMAX sound system, touchscreen remote, and seating (7-18 for the Palais version and up to 40 for the Platinum setup).

Interestingly, Chinese and Middle Eastern buyers will be given the option of paying $10,000 extra for a set top box that will allow them to rent new releases at the same time they open in theatres, for an extra fee of course.

The boxes, which don’t look like they’ll be making an appearance in the US or Europe any time soon, are named IMAX Home Premier and will apparently use fingerprint scanners in some capacity.

IMAX says a smaller version of the basic home theatre, which it’s calling the ‘Prestige’ setup, will also be coming in the future, no doubt with a similarly exorbitant price tag. 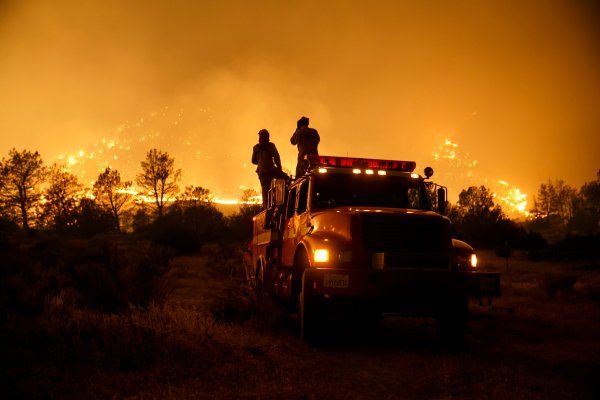 Drones Are a Big Problem for Firefighters
Next Up: Editor's Pick