Daenerys Targaryen (Emilia Clarke) finally began her journey across the Narrow Sea in Sunday’s Game of Thrones‘ finale, a move that has been six seasons in the making. And while many fans saw the moment as one of the series’ most exciting to date, who better to convey that sentiment than Jason Momoa — who played Dohtraki warlord Khal Drogo in season one of the HBO drama. On Tuesday, the 36-year-old actor took to social media to express his support for his former onscreen wife, sharing a photo on Instagram of himself watching the episode’s final scene with the caption, “The world is yours baby kill em all.”

Momoa also posted a picture of the scene earlier in the episode when Dany tells her lover Daario Naharis (Michiel Huisman) that he is not coming with her to Westeros. “DROGO says f—k that punk,” he wrote. 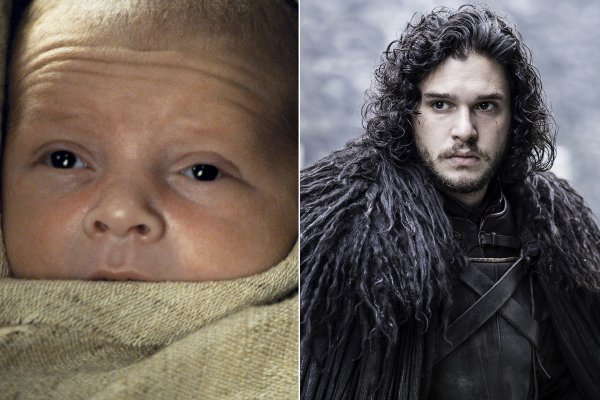 What Jon Snow’s Parents Tell Us About His Family Tree on Game of Thrones
Next Up: Editor's Pick