Turns out being Harry Potter doesn’t ensure a magical childhood.

Daniel Radcliffe, who played the most famous wizard in the world for most of his young life, found it hard to leave the character behind.

In a recent episode of Entertainment Weekly’s The Jess Cagle Interview, Radcliffe discussed his first ever “proper” date and his fervent hope that wearing a hat would be enough to deter any fans from mobbing him or making things more awkward than a first date already is.

“I just went out with a cap on, and you have to hope that the person you’re dating is understanding and not made to feel awkward by someone coming up or anything like that, but you just do it,” Radcliffe told Cagle. “That was always the weird thing.”

Despite his fame, Radcliffe didn’t feel like starring in Harry Potter ruined his childhood. “All those first dates and first kisses, those rites of passage, I still had them, and they were actually generally really private,” he told Cagle. While he hasn’t ruled out a return to the world of Harry Potter, Radcliffe is still looking for more challenging roles to avoid being pigeonholed as a child star.

Luckily his new movie, Swiss Army Man, which based on the trailers looks like Weekend at Bernie’s meets Castaway with Radcliffe playing a dead man, should help him shake off more of the Harry Potter aura. Not sure how gaseous corpses fare in the dating world, though. 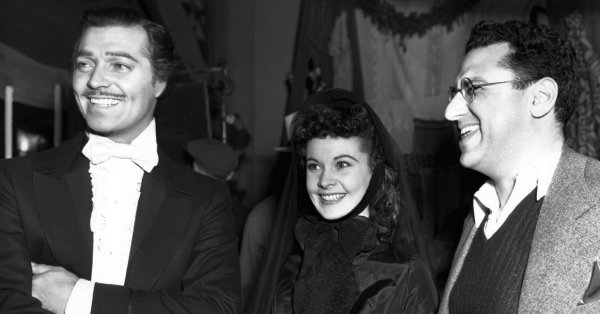 Rare Behind-the-Scenes Photos From the Making of Gone With the Wind
Next Up: Editor's Pick