To aid in his admirable efforts, Harry enlisted a choir from Lesotho and Beyoncé’s Super Bowl backing band, Coldplay, both of whom provided many danceable tunes for the night.

It seems that even the usually composed Harry was unable to resist the musical charms of Chris Martin and company, as footage from the concert shows the prince bopping and bouncing about the stage at the end of the concert, as he waves his arms back and forth not unlike a inflatable tube man.

Which just goes to show that despite the titles and decorum, royals are just like us — they groove, they flail, they have inexplicable urges to dance to Coldplay.

As you were, Prince Harry; watch him dance his heart out in the clip below. 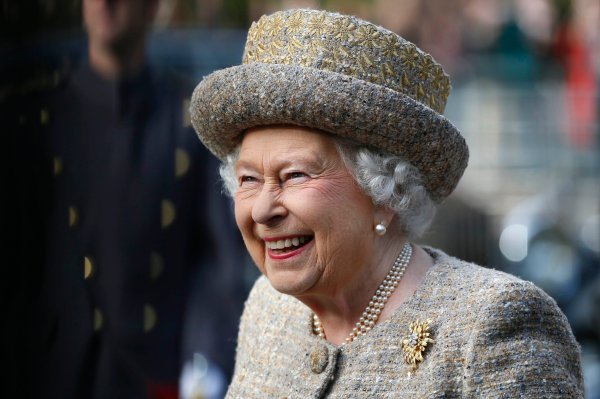 Royal Family Turn Out to Wish Queen Elizabeth a Happy 90th Birthday
Next Up: Editor's Pick