This image combines an image taken with Hubble Space Telescope in the optical (taken in spring 2014) and observations of its auroras in the ultraviolet, taken in 2016.
NASA/ESA
By Marisa Gertz

The aurora borealis on Earth is awe inspiring, but the auroras in Jupiter’s atmosphere are a whole other story. Not only do they cover areas larger than the entire Earth’s surface, but they are hundreds of times more energetic, and they light up the planet’s poles nonstop.

The Hubble Space Telescope has been studying Jupiter’s auroras in conjunction with NASA’s Juno spacecraft, due to arrive at the planet on July 4th. Hubble captured a series of images of the aurora in ultraviolet, the wavelength of light in which it emits most brightly, represented here in a luminous blue. Those images were used to create timelapse videos that show how the aurora changes and moves over time.

An animated gif created from a timelapse of the vivid auroras in Jupiter’s atmosphere.
J. Nichols—NASA/ESA; Gif by Marisa Gertz for TIME

Auroras are created when “high energy particles enter a planet’s atmosphere near its magnetic poles and collide with atoms of gas,” explains NASA/ESA. On Earth, most auroras are caused by solar storms. On Jupiter, solar storms are only a part of the story. Jupiter’s strong magnetic field also can grab charged particles from its surroundings, including from its own moons.

An animated gif created from a timelapse of the vivid auroras in Jupiter’s atmosphere.
J. Nichols—NASA/ESA; Gif by Marisa Gertz for TIME

Jonathan Nichols, the principal investigator of the study, writes,“These auroras are very dramatic and among the most active I have ever seen… It almost seems as if Jupiter is throwing a firework party for the imminent arrival of Juno.” 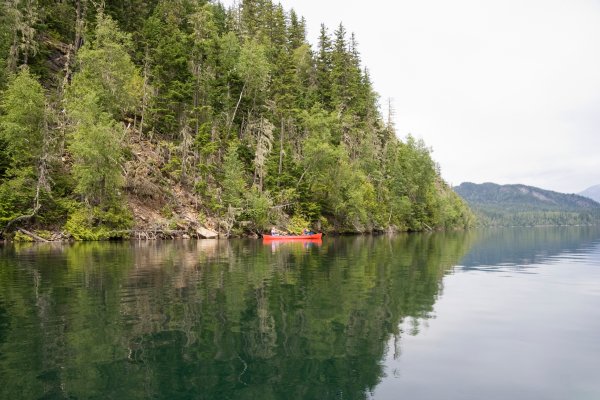 These Lakes Are Actually Craters Made By Asteroids
Next Up: Editor's Pick