Subways Are Full of Bacteria But Don't Freak Out

The subway is a germaphobe’s nightmare: the steep stairs that dare you not to hold the handrail, the ticket-vending touchscreen tacky with fingerprints, the smush of people packed together, all with questionable levels of hygiene.

This must mean that subway cars are just as packed with microbes. But should we be worried? A group of researchers from the Harvard T.H. Chan School of Public Health wanted to find out, so they took a bunch of trips on the Boston city subway and started swabbing. In their new study published in the American Society for Microbiology’s journal mSystems, the scientists report on what they found when they sampled the seats, seat backs, walls, poles, ticketing machines and hanging straps on the Massachusetts Bay Transit Authority.

They were amazed at how much the city subway looks, microbially speaking, like a mosaic of humans. The most dominant bacteria on all of the surfaces were from people’s skin and mouths. And the kinds of colonies that thrived in certain places, like hanging grips, depended on how that surface is used: the scientists found enriched colonies of breathing-borne bacteria on touchscreens and vaginal bacteria on fuzzy polyester seats. Happily, though, the scientists didn’t find pathogenic organisms that typically cause sickness or antibiotic-resistant genes.

“I was surprised by the degree to which these environments really do look like people,” says senior author Curtis Huttenhower, associate professor of computational biology and bioinformatics. “But if you think about the relative size of a bacteria compared to how porous clothing is, it’s no surprise that we’re shedding all sorts of bugs.”

In the future, this kind of technology might be helpful to monitor the microbes in different environments, like a subway, an airport or a kindergarten classroom. If the colonies started to shift from their normal state, that could signal the start of flu season or an early outbreak of norovirus, for example, and officials would get an early cue that it’s time to step up interventions like handwashing.

So ditch the tissue when you hold the train pole. Riding the subway, Huttenhower says, is just like shaking a bunch of people’s hands. 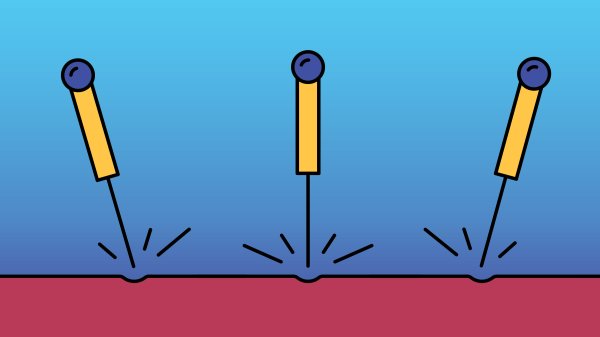 You Asked: Does Acupuncture Work?
Next Up: Editor's Pick