Another day, another actress outs herself as a serious Harry Potter fan. Before Margot Robbie was an in-demand actress known for playing an insane supervillain and giving bathtub explainers on the economy, she was also really into Harry Potter.

On Jimmy Kimmel Live! Tuesday, an embarrassing childhood photo revealed that, as a 13-year-old, she basically wanted to be Harry. The picture shows her beaming with braces with Harry Potter and the Order of the Phoenix in hand. “I lied to get glasses,” Robbie told Kimmel, “so I could look like Harry Potter.”

Robbie clearly deserves superfan status based on the fact that she managed to score a pair of uncool specs even though she had perfect, 20/20 vision.

No word on whether or not she’s still really into Harry. But we like to imagine her sitting down at the computer nightly, putting on her totally nonsense glasses, which she acquired by lying, and discussing the theory that Ron is really just a young Dumbledore with other Potter dorks. 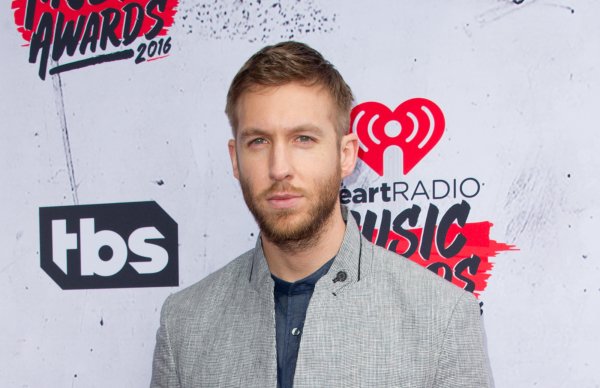 Calvin Harris Would Like You to Know That He's Doing Just Fine on His Own
Next Up: Editor's Pick