The U.S. Will Offer Recognition to the Thai Junta's Anti-Trafficking Efforts, Reports Say

The U.S. government is reportedly set to remove Thailand from a blacklist of countries that fail to tackle human trafficking. If true, the move would sound a rare positive note in recent relations between the two countries, which cooled after the Thai military seized power in a bloodless coup in May 2014.

That year, the State Department downgraded Thailand in its annual Trafficking in Persons report, amid revelations of rampant human trafficking and forced labor in the country’s multi-billion-dollar fishing and seafood-processing industries, which are staffed mainly by migrants from Burma and Cambodia and supply major U.S. supermarket chains.

Citing an unnamed official and other sources, Reuters says that this year’s report, due to be published Thursday, will see Thailand moved out of the lowest rating — known as Tier 3 — which is reserved for countries failing to tackle trafficking and carries the threat of U.S. trade sanctions. Instead, Reuters says, Thailand will be put on a watch list for countries of concern.

The expected move would be a recognition of the steps that the Thai junta has taken to clean up its seafood industry. It also comes as the U.S. is keen to cement ties with its friends in Southeast Asia, with China making efforts to build relationships in the region — including with Thailand’s generals.

The Bangkok Post newspaper says Thai authorities have opened more cases against alleged traffickers, and arrested 547 people, including some with high-level connections, last year. Thailand has also put on trial 92 people in connection with a trafficking network that allegedly extorted, and sometimes killed, Bangladeshis and Rohingya Muslims from Burma, who ended up in Thailand while trying to reach Malaysia by boat.

“We will continue moving forward with our anti-human-trafficking policy,” Songsak Saicheua, an official in the Thai Foreign Ministry, told the Bangkok Post. “Corrupt officials will not only face disciplinary action, but also life imprisonment, especially when trafficking results in a victim’s death.” 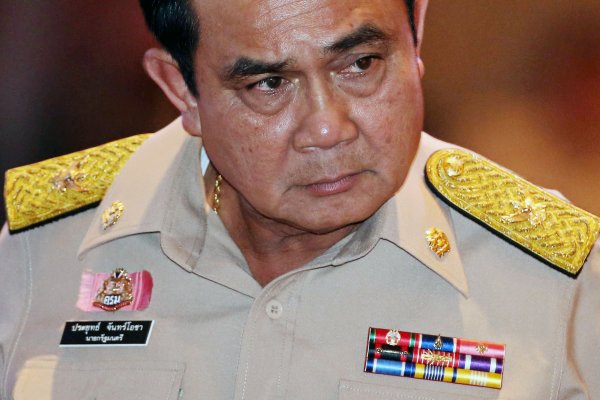