One of the most interesting economic solutions proposed by Hillary Clinton recently on the campaign trail is that the financial burden of education be eased for future entrepreneurs. Under her proposal, college graduates who start a business may end up being able to get their student loans deferred, interest-free, for up to three years as they launch new ventures. Those who locate in “distressed communities” or start a social enterprise also could ask the government to forgive as much as $17,500 in loans after five years in business.

The goal is not just to create jobs and encourage entrepreneurship amongst millennials, who are graduating with record debt and entering a still weaker-than-normal job market, but also to help boost enterprise creation in general, which has fallen dramatically in this country since the 1970s.

This is a big deal, because it ties into the most important economic question of the day, which is why there isn’t stronger productivity growth in the economy right now (economic growth is essential productivity plus demographics). In a speech Tuesday, Fed Governor Jerome Powell touched on the issue and the stakes:

Start-ups are a key driver of productivity. But the birthrate of startups has been in decline since the 1970s. Since then, it has dovetailed with a shift in how the financial sector business model works — it no longer invests primarily in new business, but rather buys up and trades existing assets, and funding for small and mid-sized start ups is still scarce (while increasing monopoly power on the part of large firms squashes new ones, as Robert Reich and others have recently written.)

As Governor Powell puts it:

This is a big deal in a country in which labor mobility has traditionally given us a leg up economically over Europe and other nations. I think Clinton’s idea to tie together entrepreneurship and student debt forgiveness is a great one, and a good way to make some of Bernie Sanders’ most popular ideas more doable. I hope to hear more about portable benefits, another key idea that could help bolster entrepreneurship, from her soon. 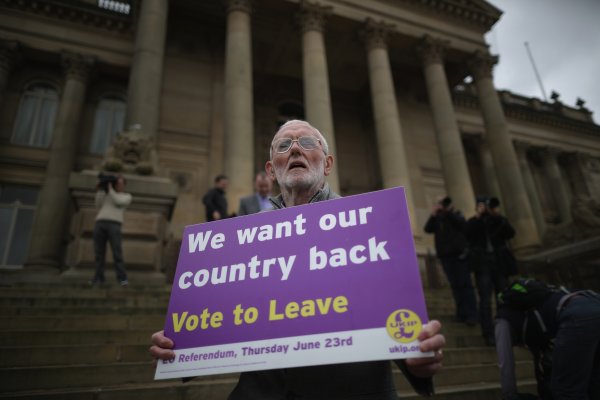 Why You Can't Dismiss the Populism Behind the Brexit
Next Up: Editor's Pick