What to Watch for at North American Leaders Summit

Officials at White House said the “power of North America will be evident” when President Obama travels to Ottawa, Canada on Wednesday to meet with the leaders of Canada and Mexico for his final North American Leaders Summit.

The summit will be the first for liberal Canadian Prime Minister Justin Trudeau, who kicked off meetings with Mexican President Enrique Peña Nieto on Tuesday with a morning run, and the last for Obama. The three leaders plan to discuss trade, climate change, economic policies, and national security. But the gathering, also known as the “three amigos summit,” comes at an interesting time in global politics.

Issues from the United Kingdom’s recent vote to leave the European Union to the policy proposals of likely Republican presidential nominee Donald Trump will loom large over the day’s meetings, though they are not on the official agenda. Brexit has raised a number of questions about the sustainability of the European model and the future of European trade. The North American leaders will likely have their own questions not only about the future of Europe, but the North American model of free trade.

“Europe is probably most successful example of a regional economy that we’ve ever had,” says Christopher Sands, Director of the Center for Canadian Studies at the Johns Hopkins School of Advanced International Studies. “The [North American] leaders are going to have talk about what we do here in North America. Are we still committed to working together? Do we want to restrict what we’re doing to avoid the mistakes of the EU, or do we want to say that this is different?”

Presidential candidates on both sides of the aisle have been critical of trade agreements, including the North American Free Trade Agreement or NAFTA. During a speech on the economy on Tuesday, Trump said he would demand that Mexico, the U.S., and Canada renegotiate the agreement. If that doesn’t happen, he said, he would pull the U.S. out. For her part, former Secretary of State Hillary Clinton has said her position on NAFTA changed.

During her time as First Lady, Clinton defended the agreement, which was ratified and implemented under President Bill Clinton. Years later, during 2000 Senate race and in her time on the campaign trail in 2008, Clinton called the agreement “flawed” and said she’d been a critic of it “from the very beginning.” Both Clinton and Trump have also been critical of the Trans-Pacific Partnership, a trade agreement between the U.S. and 11 countries, including both Canada and Mexico. The strategy has worked well on the campaign trail, at least for Trump.

‎”[O]rdinary people are wondering what are we doing and what is the purpose of regional economic integration,” Sands says. “Leaders have stopped explaining, and as a result, some people have stopped believing that trade is beneficial.”

Another elephant in the room is the overall candidacy of Donald Trump. White House Press Secretary Josh Earnest said Tuesday that though Trump wasn’t on the official schedule, it would be hard to deny that he would come up in conversations. Largely because, as President Obama said during a trip to Japan in May, Trump has “rattled” world leaders. And given the candidate’s rhetoric aimed at Mexico the subject will likely come up in a meeting between the two country’s leaders.

Ahead of the summit, the White House announced the three nations will sign a pledge to generate 50% of their energy from “clean” sources (meaning wind, solar, other renewables, and nuclear power) by 2025. In 2015, about 37% of energy generated in all three countries combined was from clean sources.

The government of Canada announced it would lift visa requirement for Mexican travelers in an effort to “deepen ties between Canada and Mexico and will increase the flow of travelers, ideas, and businesses between both countries.” White House officials said on a conference call Monday that more announcements were forthcoming. 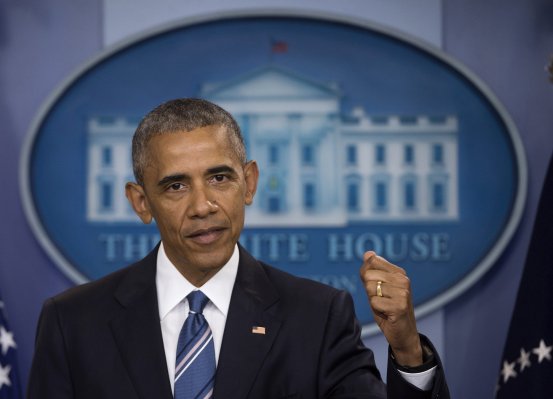