Why You Can't Dismiss the Populism Behind the Brexit

I’m really, really sad about Brexit. I spent 10 years living in England, working as a foreign correspondent throughout Europe and the Middle East. My two kids were born in the U.K. We traveled widely and freely and easily throughout Europe. Covering the start of the euro, I felt like I was a part of something amazing — a new kind of globalization that wasn’t being pushed by corporations, but rather invented by a culturally distinct group of people, people who spent the last several hundred years fighting each other, but who nonetheless came together because they all believed in civil society, democracy, freedom, and taking care of one another with a proper social safety net.

So, yes, it’s a blow to think that the U.K. no longer wants to be a part of that experiment. I think it was the wrong decision, economically and politically. But honestly, it’s even more disturbing to me that many European and American leaders, policy “experts” and pundits still don’t get that democracy is democracy, even when you don’t like it. The more you dismiss the “Leave” contingent as ignorant racists who have no idea what’s good for them, the more you’ll get the kind of populism that we’re seeing not just in the U.K., but here in the U.S. too. I couldn’t agree more with this wonderful Matt Taibbi piece in Rolling Stone, with a title that summed it up as well as I’ve seen: “The Reaction To Brexit Is the Reason Brexit Happened.”

The notion that 90% of the population of the U.S. and the U.K. need Very Smart People to make sure they don’t get into trouble by thinking and feeling the wrong things is, quite frankly, B.S. I cover and am close with many of those VSPs, and I can tell you, they make mistakes. Lots of them. Big ones. Remember the financial crisis? That was owed to a system that was invented by elites, and the fact that the cleanup was largely and imperfectly organized by a small and insular group of elites is why we have a bifurcated recovery that has favored Wall Street over Main Street. It’s just so unbelievably arrogant to think that the Leave vote should be tossed out because the VSPs have decided they didn’t like the result.

By the way, this arrogance plays out everywhere, all the time. One of the reasons that we have chaos in the Middle East right now is that for many years, the U.S. and many European nations supported regimes deemed to be appropriate by VSPs, while suppressing those that were more popular amongst local populations but considered less acceptable by elites. The result: truly terrifying terrorists groups like ISIS exploiting the underlying anger of populations unable to make their own electoral mistakes, and move on from them in a less destructive way.

I worry about how the arrogance of the VSPs will play out in this election cycle. It’s not O.K. to just dismiss ideas because we find them offensive. We need to try to understand what’s causing people to have them. (In the case of both Brexit and Donald Trump, it’s a split economy based on rules that need to be tweaked to better ensure shared, sustainable economic growth.) On this note, I’m really glad to see Hillary Clinton on the platform with Elizabeth Warren, someone who, whether you like her or not, certainly understands how to speak to the public in a way that’s straight-forward, honest, and not condescending. Clinton will need to make sure she’s doing that clearly, and effectively, going forward. 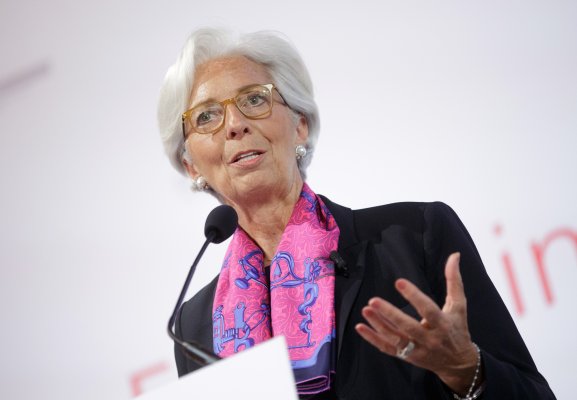 IMF Warns of 'Urgent' Need to Tackle U.S. Poverty
Next Up: Editor's Pick