Much like the Sept, Game of Thrones‘ ratings exploded on Sunday night during the show’s season six finale. Sunday’s show was watched by 8.9 million people, a new high for the HBO drama. By comparison, the season five finale was watched by 8.1 million.

Adding streaming, DVR recordings and repeat showings, the show averaged over 23 million viewers per episode, up 15% from last year, according to Entertainment Weekly. In part, that’s thanks to the HBO Now platform, which allows people who don’t pay for HBO on cable to purchase a streaming subscription. Viewing of this season of Game of Thrones on HBO Now and HBOGo numbers shot up over 70% from last year.

The numbers are record-setting for the show (and HBO), but they also solidify Game of Thrones‘ stance as the last appointment-viewing show on television. Anyone who doesn’t watch the night it airs — even the hour it airs — will likely be spoiled on social media before they get a chance to catch up.

This is also true of some other dramas, including AMC’s Walking Dead and ABC’s Scandal. But the viewership for both those shows dropped this last season. (Walking Dead‘s latest season finale had a total viewership of 14.2 million, down from 15.8 the year before; Scandal had its lowest season finale to date with 5.97 million viewers). Meanwhile, heading into what are likely its last two seasons, Game of Thrones is growing.

Consensus television didn’t used to be strange. In 1983, 125 million people tuned in to the series finale of M*A*S*H. In 1993, 93.5 million people bid farewell to the Cheers gang. And in 2004, 65.9 million people watched the cast of Friends take their last bow. Indeed, Friends averaged about 25 million viewers per episode its last season, a feat not even Thrones could dream of today.

Thanks to the rise of cable channels like AMC and FX and streaming services like Netflix and Amazon, television audiences have been getting smaller and smaller and viewers are more and more divided between shows. The result has been plenty of commendable series created for niche audiences, but few shows that can capture the public imagination as a whole in the way that Game of Thrones does. 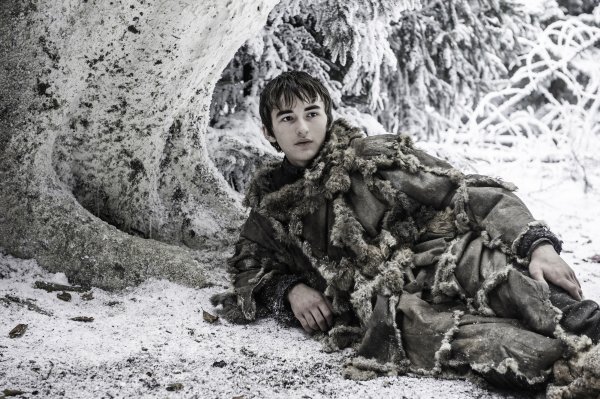 Thrones' Isaac Hemsptead Wright On What Bran Knows
Next Up: Editor's Pick