This artist's concept shows the distant dwarf planet Makemake and its newly discovered moon. Makemake and its moon, nicknamed MK 2, are more than 50 times farther away than Earth is from the sun.
NASA/ESA/A. Parker (Southwest Research Institute)
By Tara John

Scientists have discovered a small moon orbiting Makemake, a dwarf planet found at the edge of our solar system in the Kuiper Belt region.

“Makemake’s moon proves that there are still wild things waiting to be discovered, even in places people have already looked,” said Alex Parker, lead author of the paper detailing the findings, in a statement. Parker was also one of the researchers on the Southwest Research Institute (SwRI) team credited with discovering the moon.

Parker spotted a faint point of light close to Makemake using data from Hubble’s Wide Field Camera 3. The moon, which is thought to be less than 100 miles wide, evaded detection until now because of the glare of Makemake, which is sheathed in frozen methane.

Makemake, which was discovered in 2005, is one of the largest and brightest of the “big four” planets that populate the Kuiper Belt region, and is second only to Pluto in terms of size.

“With a moon, we can calculate Makemake’s mass and density,” Parker said. “We can contrast the orbits and properties of the parent dwarf and its moon, to understand the origin and history of the system. We can compare Makemake and its moon to other systems, and broaden our understanding of the processes that shaped the evolution of our solar system.” 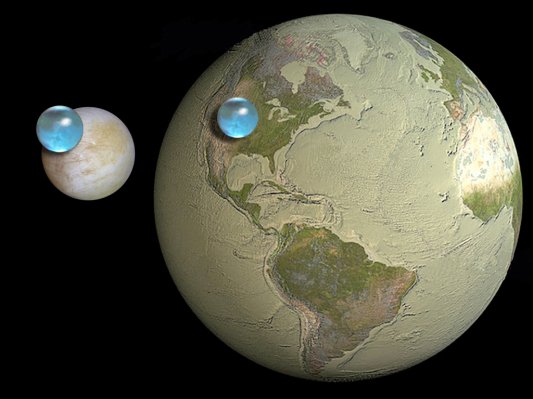 Why NASA is Legally Required to Go to Jupiter—and Why That's Good
Next Up: Editor's Pick