The U.S. Supreme Court on Tuesday rejected appeals over abortion laws in Mississippi and Wisconsin, upholding the rulings of lower courts that blocked restrictions on abortion providers.

The laws in both states required doctors performing abortions to have admitting privileges at a hospital within 30 miles of their abortion clinic, Reuters reported. In Mississippi, that would have meant the closure of the state’s only clinic.

The decisions, which were praised by abortion rights advocates, follow a landmark Supreme Court ruling on Monday that struck down similar abortion restrictions in Texas—in what many consider to be the most significant abortion ruling in a generation. The ruling determined that a 2013 Texas law, which required all abortion providers to have admitting privileges at local hospitals, constituted an undue burden on the right to terminate a pregnancy.

Read more: What the SCOTUS Ruling Says About the Abortion Battle

“It seems like these five justices are more concerned about access to abortion than health care to the women,” he said.

Similar admitting-privilege requirements are in place in Missouri, North Dakota and Tennessee. They were on hold in Mississippi and Wisconsin, along with Louisiana, Oklahoma, Alabama and Kansas, the AP reported. Other states are now reviewing the status of their own restrictions in the wake of the Supreme Court ruling. 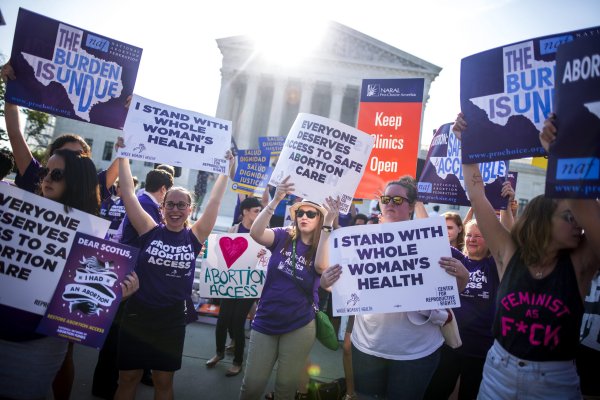