It’s been a bad week for England. First, the country led the U.K. in a “Brexit” referendum to leave the European Union, sending the markets into free fall and resulting in Prime Minister David Cameron’s resignation. Later, on Monday, the English soccer team crashed out of Euro 2016 after a shocking loss to tournament first timers Iceland.

A soccer-themed parody of last week’s petition for a second British referendum on the E.U. also started doing the rounds.

As did references to an ad by proponents of leaving the E.U., which advocated a redistribution of payments to fund the U.K. National Health Service (NHS).

Another popular hashtag for the game? #Brexit2.

Not all the tweets were snarky references to England’s decision to leave the E.U. three days prior. There was also jubilation for Iceland fans, exasperation and dejection for their English counterparts, and often sheer disbelief and admiration by neutrals.

Many jokes were directed at England coach Roy Hodgson — who resigned after the match.

Iceland will play France in the tournament’s quarterfinals next Monday. 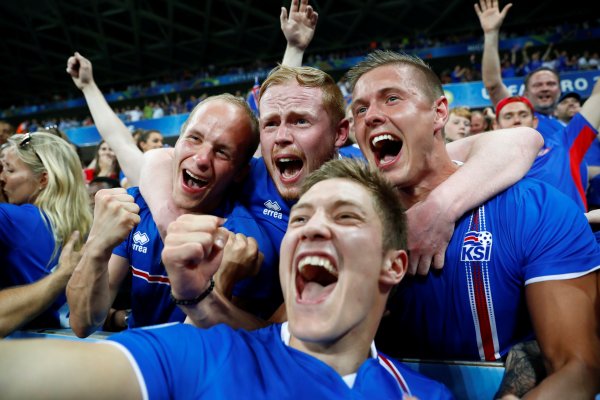