Gudmundur Benediktsson, a soccer commentator for Icelandic television, has become a global sensation for his overjoyed if not hysterical narrations of Iceland’s unlikely victories in the Euro 2016 tournament so far.

The tiny Nordic nation of 330,000 people is through to the quarter finals of the high-profile quadrennial soccer tournament, which is being held in France, after qualifying for the first time ever — and Benediktsson’s delight at Iceland’s performance in the tournament’s went to the next level Monday when, in true David versus Goliath fashion, Iceland beat England 2-1, sending the English home.

“You can leave Europe!” yells Benediktsson, in a reference to the U.K.’s decision last Thursday to vote itself out of the E.U. “You can go wherever the hell you want!” 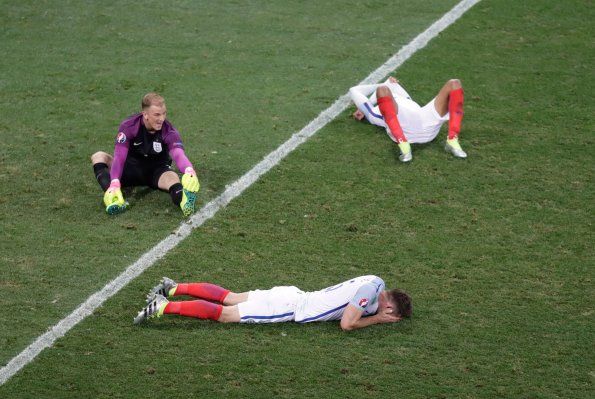 Iceland Upsets England to Move on to Quarterfinals at Euro 2016
Next Up: Editor's Pick