DUI Suspect Drove a Mile With a Body Lodged in Her Car, Police Say

A woman is suspected of killing a man in a hit-and-run while driving under the influence. She apparently continued to drive for a mile after hitting the victim while he was still lodged inside her vehicle.

Twenty-nine-year-old Esteysi Sanchez Izazaga, who goes by Stacy Sanchez, was seen to drive up onto a sidewalk in Oceanside, Calif. early on Monday morning, and she hit an apparently random pedestrian. Because she was driving at a high speed the man (who has not been identified) plunged through her windshield and became lodged in her passenger seat, NBC San Diego reports. Sanchez continued driving for a mile before parking in a cul-de-sac and walking away. Police soon arrested her nearby. 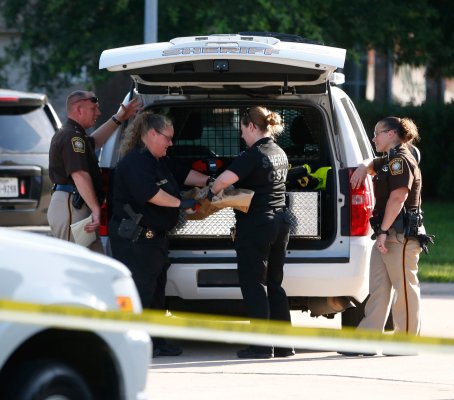