Pro-choice and pro-life activists demonstrate on the steps of the United States Supreme Court in Washington, D.C. on June 27, 2016.
Pete Marovich—Getty Images

The Supreme Court of the United States ended its first term after the death of Justice Antonin Scalia Monday with three decisions on the hot button issues of abortion, gun rights and public corruption. Scalia’s absence was not felt on any of the issues, as a clear majority of the court came together in each case.

But Scalia’s absence has been felt in other cases this year, where Scalia’s conservative, orignialist presense on the court could have changed the outcome.

Here is a quick look at those cases:

The 4-4 split in the court in United States v. Texas affirmed a federal appeals court ruling that found the president did not have authority to shield the immigrants from deportation and make them eligible for work permits. But since the justices did not issue any opinion—”The judgment is affirmed by an equally divided Court,” was all the decision said—the issues raised in the case may return in the future.

“Usually the president is viewed as having a lot of power over immigration matters, but this decision in effect means that Congress is sort of the venue that’s going to have to make any significant policy changes to immigration policy because the president acting alone is running into serious trouble,” said Joseph Fishkin, a professor of law at the University of Texas.

It is unknown how Scalia would have voted. While he had appeared to be a critic of President Obama’s use of executive leniency in the arena of immigration, he also had a record of restrictive interpretations of the standing to sue, which might have lead to the case, which was brought by the state of Texas, being thrown out.

Justice Elena Kagan recused herself from the case because she had worked with the case in a former role, leaving seven justices to decide the matter. Justice Anthony Kennedy was the swing vote in a 4-3 outcome in favor of affirmative action.

As a result, Scalia’s death eliminated the possibility of a tie. Had Scalia sided with Fisher, the fifth circuit decision, which had previously affirmed the University of Texas admissions policy, would have carried the day.

The tie in this case, the second case in the term to be split 4-4, upheld the U.S. Court of Appeals for the Ninth Circuit.

This First Amendment case raised the question whether it was unconstitutional for teachers in a union to be compelled to pay for the portion of union dues that is applied toward collective bargaining because they would still be covered by the contract.

A group of California teachers sued the California Teachers Association, alleging that having to give the union any money was a violation of free speech. This case could have weakened union strength if it allowed teachers to opt out of those fees because they could lose members and money, but because the lower court’s opinion was affirmed, unions’ effectiveness remains unaffected.

This ruling came out a week before Friedrichs v. California Teachers Association and was the first split rule of the term.

The case focused on whether spouses could be required to be guarantors for bank loans made to a company jointly controlled by their husbands. A bank in Missouri had approved $2,000,000 in loans for residential development. When the company failed to pay the loans, the spouses were held liable. The women sued the bank, alleging it violated the U.S. Equal Credit Opportunity Act and that they were being discriminated against because they were women. Only an applicant can bring a cause of action under the U.S. ECOA, the National Law Review reported.

The U.S. Court of Appeals for the Eighth Circuit decision in favor of the bank was affirmed but applies only to that circuit.

While participating in a job-training program, a minor who was a tribal member of the Mississippi Band of Choctaw Indians placed in a Dollar General store within the reservation perimeters alleged he was sexually molested and asserted a civil tort claim for damages in tribal court.

The store had consented to tribal law in leasing the space, but it had not consented to such laws when it accepted the youth in its program. The issue in the case was whether the tribal court has jurisdiction over tort claims against defendants that do not belong to the tribe.

“The U.S. Supreme Court has been very reluctant to expand tribal court jurisdiction, and this is an important case in seeing if the law is going to evolve into more jurisdiction over nonmembers,” said Matt Steffey, professor of law at Mississippi College School of Law.

The court split 4 to 4, affirming the 5th Circuit ruling that the tribal court had jurisdiction over the case. 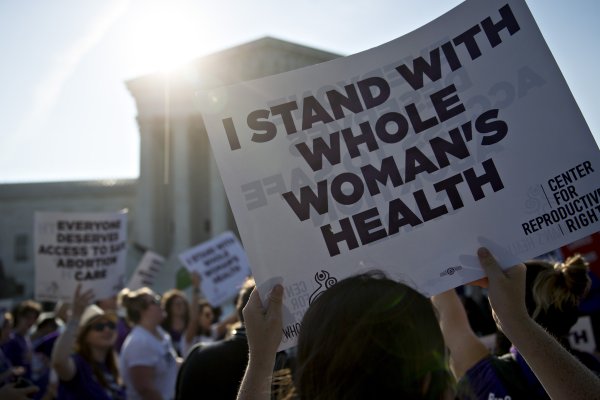 The Supreme Court Abortion Ruling is a Victory for Black Women
Next Up: Editor's Pick