The Benghazi Circus Is Still In Town

The 2012 attack that killed four Americans in Benghazi continued its afterlife as a political sideshow Monday, as congressional Democrats pre-empted their Republican counterparts by issuing a report concluding — no surprise here — that the deaths were a tragedy but not a cover-up.

Coming, as it did, from the Democratic half the panel, it won’t calm the controversy over what happened in that Libyan city on Sept. 11, 2012. Nor will it keep Republicans from using it as a club against the then-Secretary of State Hillary Clinton, now the all-but-certain Democratic nominee for President, despite several official investigations that have cleared her of wrongdoing in the matter.

For more than two years, a special House committee has studied the mob attack that killed the U.S. ambassador to Libya, Christopher Stevens, along with fellow Americans Glen Doherty, Sean Smith and Tyrone Woods. Republicans, led by Rep. Trey Gowdy of South Carolina, have long argued that the Obama Administration and Clinton fumbled the U.S. response to the attacks, and then misled the nation about what happened to minimize their culpability.

The 344-page Democratic report, along with a similar study also released Monday by Clinton’s political supporters, dismisses such charges. While the congressional inquiry acknowledges State Department security in Benghazi was “woefully inadequate,” it says there was nothing the Pentagon could have done to save the Americans’ lives. The panel said it could find no evidence that Clinton personally denied requests for additional security in Benghazi. And the Obama Administration’s initial claims that the attack was spontaneously sparked by an anti-Muslim video — rather than a carefully planned attack on the 11th anniversary of 9/11 it turned out to be — were not “intentionally misleading,” the Democratic report found.

Rep. Elijah Cummings of Maryland, the senior Democrat on the panel, said his party had to issue its own findings into what happened because the GOP was unwilling to produce a bipartisan report that would include Democrats’ views on what transpired. Much of the report attacks the GOP’s “grave abuses” during the inquiry. Republicans released their own final report Tuesday.

Matt Wolking, spokesman for the GOP members of the panel, said the Democrats’ report puts their “obsession with the former secretary of state…on full display,” mentioning her name 334 times. The panel’s “dishonest Democrats” refused to join their Republican colleagues’ “serious, fact-centered investigation,” he added. “Everyone can ignore their rehashed, partisan talking points defending their endorsed candidate for President.”

The edited transcripts of U.S. military officials involved in Benghazi and its aftermath released by the Democrats read, in many passages, more like a prosecution than an inquiry. “When you generate an aircraft there’s a lot to it,” Air Force General Philip Breedlove told the panel in an April 7 session after being drilled about the lack of airpower available to help in Benghazi. “You don’t just walk up and turn the keys and take off,” said Breedlove, who spent more than 3,500 hours flying F-16s and other warplanes.

When pressed on the possibility of rescuing the imperiled Americans, Breedlove relied on the intractables of time and distance. “The physics of the timeline, of tasking, plus generation of aircraft, plus physically flying, et cetera, et cetera, they would not have changed anything to do, unfortunately, with the ambassador or others,” he said. Breedlove commanded the U.S. Air Force in Europe when the Benghazi attack took place; he recently retired as NATO’s top military commander.

The warring reports are the latest evidence — if any were needed — that Congress is incapable of weighing evidence and declaring, based on that evidence, what it believes took place. Instead, each side embraced a view shortly after the event, and has done everything it could to discredit the other side. An honest reading of the evidence tilts more the Democrats’ way.

In some ways, the Benghazi imbroglio carries echoes of the commission led by Chief Justice Earl Warren that judged Lee Harvey Oswald acted alone when he killed President Kennedy on Nov. 22, 1963. Much of the nation found that conclusion — and Oswald’s killing two days later inside the Dallas police station by nightclub owner Jack Ruby — unsatisfying. It triggered theories involving a “second gunman” on the “grassy knoll” that have persisted for more than a half-century. But the seven members of the Warren commission took only 10 months — less than half the time of the Benghazi panel — to come to their conclusion. And, unlike the Benghazi panel, at least they were unanimous.

— With additional reporting by Philip Elliott 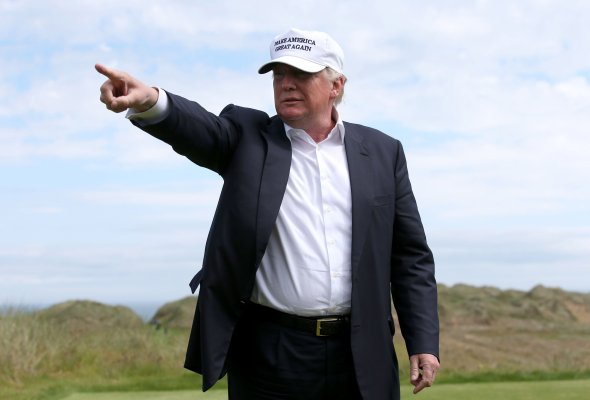 Donald Trump: Elizabeth Warren’s the Racist
Next Up: Editor's Pick