House Speaker Paul Ryan said in a new interview that Republicans will not “tolerate” another sit-in by congressional Democrats after last week’s day-long protest drew widespread attention to the party’s push for new gun control measures.

“We will not take this,” Ryan said during an interview with the local television station WISN. “We will not tolerate this.”

Ryan did not give specifics on how Republicans would stop a new sit-in in, but said it would be handled a different way a second time around. Last week Ryan called the sit-in a “publicity stunt” and a “low moment for the people’s house.” 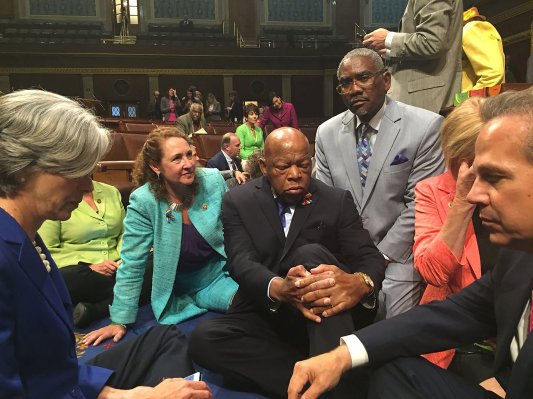