Drought-Hit California Has a Bonanza of Water—Underground

Part of the solution to California’s demand for water in the face of the state’s crippling drought may lie 10,000 feet beneath the surface of the state’s Central Valley. New research published in the journal PNAS suggests that the region’s aquifers, areas deep underground where water can collect, have three times the usable groundwater as previously estimated.

“It’s not often that you find a ‘water windfall,’ but we just did,” said study author Robert Jackson, a professor at Stanford University, in a press release. “There’s far more fresh water and usable water than we expected.”

Researchers behind the study say their work underscores the need for state officials to monitor oil and gas extraction that could contaminate an important if untapped resource. Nearly a third of oil and gas drilling sites are located near groundwater reservoirs, threatening the health of the water, according to the study.

Read More: See How Much Water Has Disappeared from Lake Mead in the Past 30 Years

The ongoing California drought has led state officials to enact dramatic water conservation measures in hopes of preserving enough water to fuel the state’s agriculture sector and provide for its nearly 40 million residents. And, while the new study offers a potential solution, extracting water from such depths would not be easy. Deep drilling is costly and much of the water would likely be brackish—or salty—and require the installation of desalination facilities.

“No one is monitoring deep aquifers,” said study author Mary Kang, a Stanford researcher, in a press release. “We might need to use this water in a decade, so it’s definitely worth protecting.” 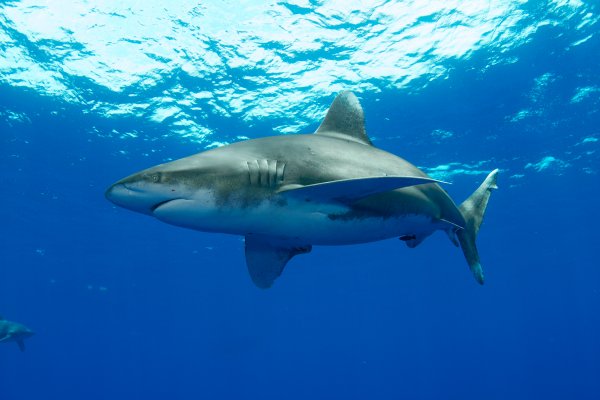 How Climate Change Is Fueling a Rise in Shark Attacks
Next Up: Editor's Pick