Blacks and Whites Don't Agree on the State of Race Relations in the U.S.

A little over eight years ago, President Obama delivered a speech on race that the Pew Research Center dubbed one of the biggest events of his 2008 campaign for the White House. The New Yorker wrote the speech helped solidify Obama’s candidacy. The then-Senator was praised for speaking on the contentious and complex history of race relations. After that speech and the subsequent election, 52% of voters believed the Obama administration would usher in a new era of racial unity.

A new survey from that same research body shows that didn’t happen.

While almost all blacks, 88%, say the country has work to ensure blacks and whites have the same rights, only 53% of whites agree. The findings are similar to the results of a Pew Survey in 2009, just a year after the president’s election when “more than eight-in-ten blacks — compared with just more than a third of whites” said more needed to be done to give blacks and whites equal rights.

In nearly every category Pew questioned blacks and whites on in their survey, the contrast in opinions is stark. Across the spectrum of life experiences, blacks and whites have different perceptions of how black people interact with the world—and how the world interacts with them.

While the survey finds blacks’ and whites’ views differ in a general sense, there is division within the white community along party lines. Take for example, the Black Lives Matter Movement. Sixty-four percent of white Democrats are supportive of the movement, only 20% of white Republicans say they support the movement. A total of 65% of blacks are supportive of the movement, which was launched in the wake of the shooting of Trayvon Martin and catapulted into mainstream conversations after Mike Brown’s death and the Ferguson protests. The partisan divide is clear, too, in perceptions of President Obama. Nearly a third of whites, made up largely of white Republicans, say the president has made race relations worse. Only 5% of blacks agree.

Over the course of three months, from February to May, Pew interviewed 3,769 adults — 1,799 whites, 1,004 blacks, and 654 Hispanics — to survey Americans perceptions on race. The survey was conducted via telephone calls and has a total margin of error of 2.2 percentage points. 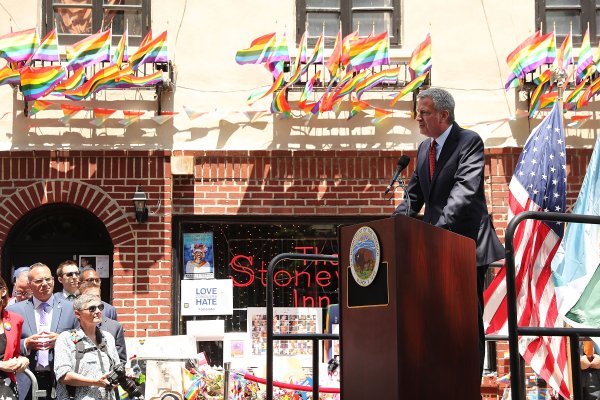