What the SCOTUS Ruling Says About the Abortion Battle

Pro-choice and pro-life activists demonstrate on the steps of the United States Supreme Court in Washington, D.C. on June 27, 2016.
Pete Marovich—Getty Images
Ideas
By Joshua C. Wilson
Wilson is Associate Professor of Political Science at the University of Denver and the author of The New States of Abortion Politics and The Street Politics of Abortion

On its final day of the current session, the Supreme Court decided Whole Woman’s Health v Hellerstedt, striking down Texas’s controversial abortion regulations. While Justice Antonin Scalia’s death placed the case’s outcome and corresponding national significance in some degree of doubt, the Court’s 5-3 decision ensures that the ruling’s importance extends far beyond Texas and the present day. The case, which once looked like it would reset the parameters of abortion politics in favor of the anti-abortion movement, will instead force the rethinking of what has been the dominant approach to abortion politics since the early 1990s. This makes Whole Woman’s Health the most important abortion politics event in decades, though its significance is obscured by the ways in which the topic is typically discussed.

Not long after Texas state Senator Wendy Davis reintroduced abortion politics to national headlines with her 2013 filibuster against the very law the Court just dismantled, the Supreme Court’s unanimous 2014 decision in McCullen v Coakley kept abortion in the spotlight. The Court struck down Massachusetts’s regulation of clinic-front activism, raising fears among reproductive rights advocates that the ruling would lead to the return of massive clinic blockades. While this largely has not happened, the case helped return the abortion politics narrative to the one established in the street politics of the 1980s and early ‘90s. It was during this time that abortion became a national issue chiefly defined by highly visible, deeply visceral, and at times overtly violent, confrontation.

Two events in 2015 helped solidify this old-politics-as-today’s-politics view. In July a group called The Center for Medical Progress (CMP) released a series of edited amateur undercover videos claiming to show that Planned Parenthood engages in the illegal sale of aborted fetal tissue. The videos dominated the discussion of abortion and led to congressional hearings, fights to defund Planned Parenthood and a near government shutdown. They have also produced lawsuits and indictments regarding the legality of center’s actions.

While the reaction to the videos are different from the old street politics, their tenor and the legal responses return to that era. The November 2015 killing of three people and the wounding of nine others at a Colorado Planned Parenthood clinic, however, are direct reflections of the violent past. What’s more, the gunman, Robert Lewis Dear, is believed to have referenced the center’s videos by saying, “no more baby parts” after being taken into police custody.

Despite the rates of both large-scale protesting and clinic-related violence declining over the 1990s and into the 2000s, these recent events seem to suggest that they never waned. The Center for Medical Progress videos and the Colorado Springs clinic shooting distort reality and distract from the more significant—in terms of policy—fight over abortion. That’s because the most important disputes impacting present and future access to abortion have been principally taking place out of public view for years.

As the street politics of abortion fell into decline, a well-organized and sophisticated set of “cause lawyers” and related political actors stepped into the vacuum and redefined abortion politics. Groups like Americans United for Life had been active in national abortion politics for decades, but the anti-abortion movement’s legal resources were thin until steps were taken in the 1990s and early 2000s to consolidate many leading Christian lawyers into a superbly organized and potent institutional structure. The effect was changing the dominant form and personnel engaged in anti-abortion activism.

The professionalization of the anti-abortion movement, combined with what had been an increasingly conservative Court, allowed the movement to challenge abortion in more private venues. They moved away from a seemingly doomed frontal assault on Roe v Wade, and adopted an incremental strategy, increasingly restricting abortion access as opposed to directly ending it.

As seen in Texas, this process starts in state legislatures, and it continues in courtrooms as clinics challenge the resulting laws. The process then starts anew as the actors on each side work within the constraints established or reaffirmed by the eventual court rulings. Whole Woman’s Health is such a significant case because it comes from, represents, and has now thrown a wrench into this heretofore-effective form of chipping away at abortion access.

While Whole Woman’s Health’s outcome is far from that which was predicted when the Court agreed to hear it, and it will require that the anti-abortion movement rethink its approach to dismantling Roe v Wade’s legacy, it is far from the end of that movement or abortion politics. As history has shown, both will persist, but, in the wake of this case, in slightly different forms. 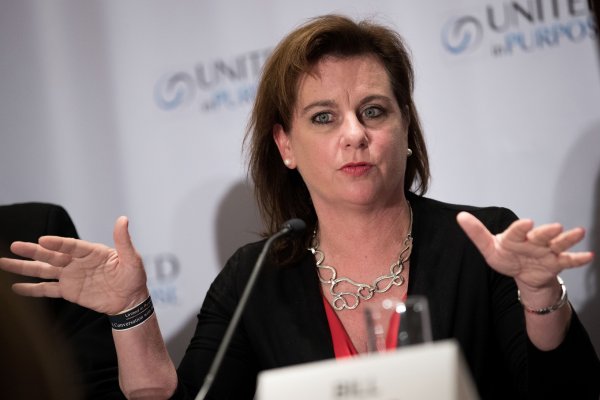 The Anti-Abortion Rights Case Against Hillary Clinton
Next Up: Editor's Pick