Review: This Gorgeous Windows Tablet Wants to Replace Your Laptop

Pros: Beautiful and slim design, Sharp screen, Large and comfortable keyboard, Good battery life
Cons: Expensive, Hard to use in lap, Not as good as dedicated laptops or tablets
Who should buy: Those seeking a tablet primarily for light productivity and entertainment

When Microsoft launched Windows 8 with its new, touch-friendly interface, PC makers scrambled to build new computers to take advantage of the software’s capabilities. Many were so-called “hybrids,” which look like a cross between a laptop and a tablet. But Microsoft’s attempt to blend a desktop operating system with a mobile-style interface left many users confused, and the market floundered.

Windows 10, now about a year old, fixed many of Windows 8’s issues. And as Windows has improved, so have the hybrid computers that run it. Today’s versions are thinner, lighter, and more powerful. Huawei’s new Matebook, which launches on July 11, is a standout example.

The $700 Matebook is the Chinese Huawei’s first laptop-tablet hybrid after establishing itself as the world’s third largest smartphone manufacturer. While primarily a tablet, the Matebook is compatible with an optional keyboard and stylus that, when used, offer a more laptop-like experience. The 12-inch, Windows-powered Matebook is similar to — and can rival — devices like Apple’s iPad Pro and Microsoft’s Surface Pro lineup.

An attractive, well-built tablet, the Matebook is particularly suited to casual work when paired with the comfortable and spacious $129 keyboard. But the device shares a problem with many other hybrids — namely, dedicated tablets are better at being tablets, and dedicated laptops are better at being laptops.

For instance, an unstable keyboard cover makes the Matebook more difficult to use in your lap than a regular notebook. During my week with the Matebook, I’ve had to save the device from toppling over more than once. After a while, I only used the keyboard when at a desk or table. And the Matebook has only one port, a USB Type-C connection, which may not be enough for some buyers. Those who want more will need to purchase a $89 “Matedock,” which includes two USB 3.0 ports, an HDMI port, a VGA port, and an Ethernet connector.

Using the Matebook as a tablet is generally enjoyable, but its large size makes it cumbersome while on-the-go. You’d need a backpack or large purse to tote the Matebook back and forth on your regular commute. If you try using it on a crowded train, you’ll likely end up fumbling for elbow space. The Matebook’s roomy, sharp screen makes it more suitable as a home entertainment and productivity device than a truly mobile machine.

These setbacks hinder the overall Matebook experience. But there remains plenty to love about the device. Its gorgeous metal design, for instance, makes it one of the most attractive tablets on the market, helping to justify its hefty price tag. And it’s mind-bogglingly thin: Just 6.9 millimeters thick, slimmer than Apple’s iPhone 6s. The Matebook’s 2160×1440 resolution display, meanwhile, renders colorful and bold images, making it great for watching Netflix or browsing photos.

Huawei’s keyboard has enough depth to provide a smooth and satisfying typing experience. Although the keyboard deck is flimsier than what you’d experience on a standard laptop, the keys are sturdy and large. I prefer this keyboard to that of Apple’s iPad Pro, which feels more cramped and mushy. (Although Apple’s keyboard has a thinner profile overall, making it more portable.)

Huawei’s $59 MatePen stylus, meanwhile, is pressure sensitive, meaning pressing down harder will make the “ink” appear darker on the screen. The display is smart enough to tell the difference between when you’re drawing and when you’re simply resting your palm on the screen. The MatePen is handy for jotting down occasional notes, sketching in Microsoft Paint and taking advantage of Windows 10’s handwriting feature, which turns scribbled notes into digital text. The MatePen also sports a laser pointer on the back, potentially useful for giving presentations.

The Matebook’s battery can manage about a full workday without needing a top-up. The tablet lasted for roughly a day and a half while I used it on and off for basic word processing, Internet browsing and watching Netflix. The Matebook also seems to handle multitasking with ease; I was able to browse the Web with eight tabs open and play a game with other apps open in the background without experiencing any performance hiccups.

Huawei’s Matebook is a sleek and powerful Windows machine that’s ideal for entertainment and light productivity. Like many laptop-tablet hybrids, it doesn’t completely recreate the experience of using a laptop. Huawei’s keyboard often provides a satisfactory experience, but it won’t blow you away.

Still, getting the most out of the Matebook will be expensive. The device starts at $700 for the most basic model, and you’ll have to spend $129 on the keyboard case, $59 on the MatePen, and $89 on the dock for the full experience, nearly a $1,000 bill all told. Many competing devices, like Microsoft’s Surface Pro and Apple’s iPad Pro, have similar pricing — but it’s a steep cost of entry. While Matebook buyers aren’t likely to be disappointed, it’s worth shopping around if you’re looking for the best value. If you do your work online and you don’t require sophisticated software, buying a Chromebook and a smaller tablet could be a cheaper option in the long run. 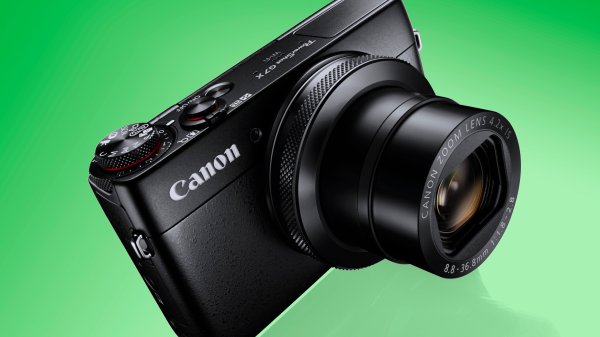 Canon's New Camera Is a Good Option If You Still Want a Point-and-Shoot
Next Up: Editor's Pick