Brexit Leaves Germany's Merkel to Put the E.U. Back Together

Britain’s decision to leave the European Union will inevitably increase the clout of Angela Merkel, the German Chancellor who strongly opposed the British departure that her policies—especially on migration—nonetheless hastened. Her immediate calm, measured reaction to the bombshell referendum result was typical of Merkel—and notable in a maelstrom of gobsmacked diplomats, frantic news coverage and convulsing markets.

“For the first time I’m really grateful Merkel is around,” says Hans Kundnani, a Berlin-based fellow at the German Marshall Fund of the United States. “She’s taking the cautious approach, which is exactly what’s needed here.” Kundnani was sharply critical of Merkel when TIME spoke with him during reporting for her profile as 2015’s Person of the Year. But he had a new appreciation for her plodding, bland approach when he spoke Monday from London, where Kundnani said the reaction to the Brexit vote was the most chaotic political situation he’s experienced. “She’s sort of been a lone voice of reason.”

“It gives her an even bigger role,” says Sylke Tempel, editor of the Berlin Policy Journal, the magazine of the German Council on Foreign Relations, who praised Merkel for advising against punishing Britain for leaving. London, after all, remains in NATO and a score of other international institutions that bind the U.K.’s fortunes to other European nations. “Foreign policy is like a really complicated dashboard right now. If you move one button here, you might trigger off something here. This is why she’s being cautious. She understands this is like untying really really complicated knots.”

Whoever is leading Germany would be getting a de-facto boost in power by the departure from the E.U. of Britain, and its population of 65 million people. Germany, with 81-million people and Europe’s largest economy, is the richest and most powerful among the 28 countries (soon to be 27) that make up the supra-national project. The only remaining countries that approach Germany in size are France (66 million) and Italy (61 million), though France is saddled with a slow-moving economy and an incredibly unpopular leader, and Italy is Italy.

“Germany is the stronger player, quite clearly,” Guntram Wolff, director of the Brussels think tank Bruegel, told the AP. “So in that sense, [Brexit] will probably increase the role of Germany in the EU.”

Its centrality was on display Monday in Berlin, to which the remaining, all lesser leaders of the European project traveled to meet with Merkel: French President Francois Hollande, Italian Prime Minister Matteo Renzi, as well as Donald Tusk, the Pole who holds the rotating office of President of the European Council. In private meetings, Merkel surely pushed the same response that had reassured Kundnani over the weekend—move carefully and deliberately to disentangle Britain from the European Union, and engage in no negotiations until Britain presents formal notice of its intention to leave by invoking Article 50 of the E.U. charter.

Read More: These Are the Media’s Best Brexit Covers

Her advice to her political allies in Germany was less sanguine. Reports said Merkel told the board of her party, the Christian Democratic Union, in a conference call over the weekend that the E.U. needs to reassure voters that it has a handle on immigration, border security and jobs—all the concerns that have encouraged the rise of right-wing parties across much of Europe. Much of the turmoil arose from Merkel’s audacious and seemingly sudden decision to throw open Germany’s borders to Syrian refugees and other asylum-seekers last year, prompting a torrent of migration that unsettled many in Europe, including Britain, though on their island U.K. residents were more impacted by the legal economic migration from other E.U. nations, such as Poland.

In fact, because Britain had no direct role in either the immigrant crisis or the Eurozone—true to its sterling pound, Britain never adopted the euro—the U.K. was a marginal player in the great issues roiling the EU. Until it, voted to leave, that is.

“There is a danger now of unraveling the E.U.,” says Kundnani. “Not because of Brexit itself, but because members are fighting with each other about how to respond. After the referendum, foreign ministers from the six founding members got together to express ‘European unity’—which was an extremely divisive thing to do, because it left out the other 22 members! A lot of Eastern and Central Europe were not happy.”

Most Popular on TIME
1
Everything You Need to Know About Nurse Ratched Before Watching the New Netflix Show
2
Ruth Bader Ginsburg Wishes This Case Had Legalized Abortion Instead of 'Roe v. Wade'
3
McConnell Faces Risks in Trump Replacement for Ginsburg 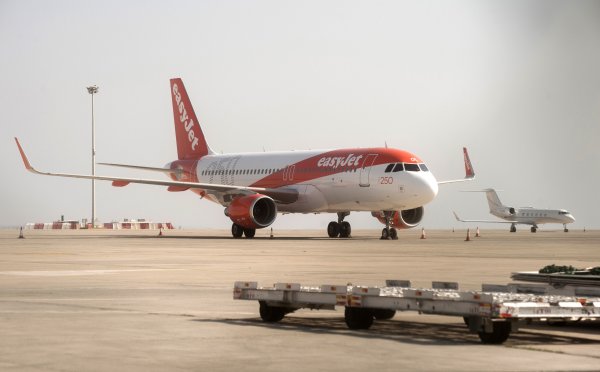