Contains spoilers for the season six finale of Game of Thrones

Throughout season six, Game of Thrones hinted that Cersei might find the stores of wildfire left under King’s Landing when the Mad King almost blew up the city. That plan was stopped when Jaime Lannister famously slew Aerys II, but the dangerously explosive material remained hidden away—until Cersei exacted revenge on her enemies in the season six finale on Sunday night.

The resulting explosion, which blew up the Sept of Baelor and killed her religious enemy the High Sparrow, her reviled daughter-in-law Margaery and almost everyone else who stood in Cersei’s way. It recalled Aerys’ fictional plan, but it also resembled a real-life foiled attempt to do something very similar: the Gunpowder Plot.

In 1605, a different kind of religious tension gripped England: Elizabeth I had died, James I was on the throne and the nation’s Catholics hoped their new king would grant them religious liberty after they’d spent decades practicing their faith in secret, which they’d done since Anglicanism had become the country’s official religion. But James refused to sign any such bill, and a faction of radical Catholics decided to undertake extreme measures: Blow up the Parliament and kill the King and his sons.

The group of conspirators—the best-known of whom was Guy Fawkes—found a cellar running underneath the building and hid 36 barrels full of gunpowder inside. The plan was to detonate the barrels when Parliament returned to session in early November. With James and his sons dead, they planned to put his daughter Elizabeth Stuart on the throne, though she was only a child, and “rule through her just the way [the Sparrows] ruled through King Tommen on Game of Thrones,” says Nancy Goldstone, author of The Rival Queens: Catherine de’ Medici, Her Daughter Marguerite de Valois, and the Betrayal that Ignited a Kingdom.

The plan went wrong after one of the conspirators sent a cryptic warning to his brother-in-law, who served in Parliament, that the governing body may receive “a terrible blow.” The message was passed along to King James, who puzzled over it and ordered the environs to be searched. The gunpowder was discovered, the plan thwarted and the conspirators killed.

Read more: 9 Books to Read About the Real History Behind Game of Thrones

Assuming 36 barrels of gunpowder were enough to blow up the building, “It could have gone easily the other way,” says Goldstone. “If they had a different kind of king who didn’t like those tricky little puzzles, or if they didn’t listen to the letter, if the guy hadn’t sent the note … it might have been the first kind of mass terrorism for political purposes.”

Cersei, of course, is not a fringe radical, but a figure of power herself—her attack is more like “state-sponsored terrorism,” Goldstone says. With her ascension to the Iron Throne after Tommen’s suicide—and considering the favorable depiction of her by the theater troupe Arya visits in Braavos—it’s hard to say whether Cersei will be villainized and burned in effigy for centuries to come like Guy Fawkes. But that doesn’t mean she won’t go up in her own flames.

When it comes to next season’s plot, Goldstone has her own fire-related Cersei theory: “She’s gonna get hers from the dragons.” 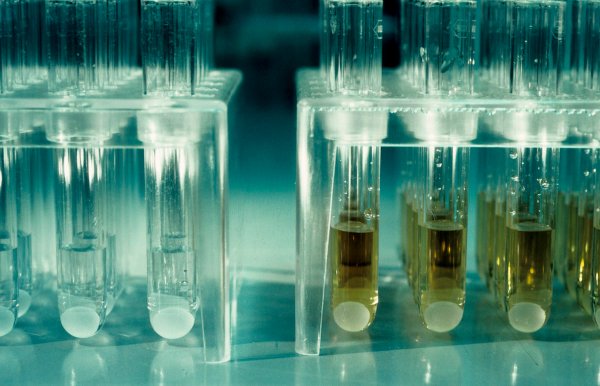 This Is How the HIV Test Was Invented
Next Up: Editor's Pick