Drones Are a Big Problem for Firefighters Battling Massive Blazes

As at least three major wildfires rage across the American southwest, the people tasked with controlling them are contending with an unusual problem beyond the flames themselves: Drones.

Officials say that small personal drones are increasingly being spotted flying near or above wildfires, interfering with aircraft used for aerial firefighting and firefighter transport operations. Small drones operating near wildfires put those aircraft at risk of collision. It’s unclear why people are flying drones near wildfires, but it’s likely they’re being used to record video footage of the blazes.

Firefighters spotted two drones in their air crew’s operating area on Wednesday in Arizona, the Arizona Republic reports. A drone almost collided with a fire crew’s helicopter in Utah the same week.

Over the weekend, airborne firefighters in California had to stall their operations when they spotted drones in the area while fighting the San Gabriel Complex fire. The U.S. Forest Service issued a warning in response, saying that flight restrictions were in effect and reminding the public that drone operators interfering with fire crews could be fined or jailed, according to The Los Angeles Times.

U.S. Forest Service spokeswoman Jennifer Jones told the Republic that drone activity over firefighting areas is becoming more frequent, reaching 21 reported cases last year and 9 so far this year. Three of this year’s drone incidents resulted in air crews returning to the ground, delaying the operations. “There’s no centralized method for tracking incidents, but we started to notice the trend of seeing UAVs over fire suppression operations in 2014,” Jones told the Republic.

Some drone advocates say they can be used to assist first responders in their efforts, but only when deployed with the acknowledgment and cooperation of authorities. Federal aviation officials recently approved a rule that opens the door for further use of drones in commercial applications, a move that may result in more drone firms offering their services to firefighters, search teams and so on. 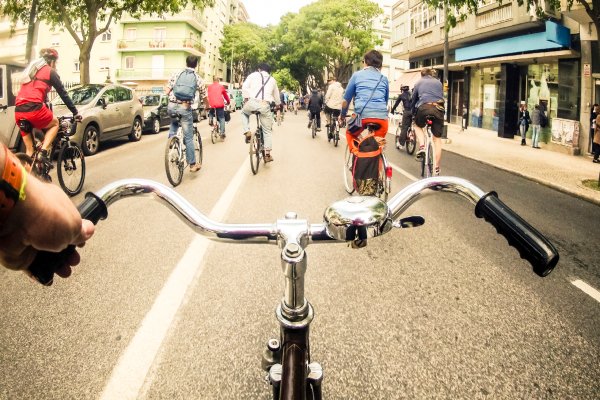 Now You Can Get Monty Python Coconuts for Your Bike
Next Up: Editor's Pick