The Senate Republicans' Assault on the Supreme Court

Now that the Supreme Court term has drawn to a close, we can assess what the Senate Republicans have gained by their unprecedented and unconscionable refusal to consider President Obama’s nomination of Chief Judge Merrick Garland to serve on the Supreme Court.

The Senate Republicans have so far managed to achieve one very important victory as a result of their cynical strategy of obstruction. Last week, in United States v. Texas, the justices deadlocked four-to-four and were thus unable to rule on the merits of a challenge to Obama’s Deferred Action for Parents of Americans (DAPA) program, which was designed to permit as many as four million undocumented immigrants who are law-abiding parents of American citizens to remain in the U.S., free of any fear of deportation, for a renewable term of three years, and to apply for work authorization.

The lower court, in a sharply-divided two-to-one decision, enjoined the program on the ground that it exceeded the President’s authority, and the Supreme Court’s four-to-four split left the lower court’s decision in place. As a consequence, the program, which is strongly supported by Democrats and strongly opposed by Republicans, cannot be implemented.

Because Supreme Court justices do not reveal how they vote in four-to-four splits, we cannot know for certain which justices voted to uphold the program and which voted to invalidate it. But long-standing voting patterns strongly suggest that the four justices who were appointed by Republican presidents (John Roberts, Anthony Kennedy, Clarence Thomas and Samuel Alito) voted against the program, and the four justices who were appointed by Democratic presidents (Ruth Bader Ginsburg, Stephen Breyer, Sonia Sotomayor and Elena Kagan) voted to uphold it.

That being so, it is reasonable to assume that if Merrick Garland had been confirmed, he would have voted to affirm the legality of the program. By keeping him off the Supreme Court, the Senate Republicans therefore managed to secure an important non-decision that clearly furthers their anti-immigrant political interests.

But whatever one thinks about the merits of DAPA, the conduct of the Senate Republicans is inexcusable. Not only do constitutional scholars and legal historians, including many conservatives, condemn their behavior, but the American people denounce their obstructionism by an overwhelming margin of 69% to 27%. The Senate Republicans’ explanation for their intransigence—that the next president should get to fill this vacancy—is patently unprincipled and inconsistent with 225 years of American history.

On 103 occasions in American history an elected president has had an opportunity to fill a vacancy before the election of his predecessor, and in every one of those instances the president has been able to appoint the next justice. Moreover, in every one of these situations in which the vacancy arose during the final year of a president’s term, including such presidents as George Washington, Thomas Jefferson, Andrew Jackson, Abraham Lincoln, Woodrow Wilson, Franklin Roosevelt and Ronald Reagan, the Senate—sometimes controlled by the president’s party, sometimes by the opposing party—has confirmed a nominee.

There is thus neither historical precedent nor constitutional legitimacy to support the Senate Republicans’ conduct. Their obstructionism is an exercise of raw power. The Senate Republicans’ goal is to control the Supreme Court, come hell or high water. The reason is simple. As illustrated by United States v. Texas, on many highly controversial issues, such as campaign finance reform, gun control and voting rights, the current eight justices frequently divide four-to-four along quite predictable lines. The “fifth” justice therefore matters a lot, and the Senate Republicans are determined to do everything in their power, whether legitimate or not, to prevent that fifth justice from being appointed by a Democratic president.

This is so because, in an effort to appease the Republicans, who control the Senate, Obama put forth an exceptionally qualified, but very moderate, 63-year-old nominee. Under other circumstances, he undoubtedly would have followed the example of his prior nominations of Sotomayor and Kagan, who were both much younger and much more liberal that Garland.

Thus, the Senate Republicans are playing a “heads I win, tails you lose” game. Either they get a young and very conservative justice nominated by Donald Trump, or they get the relatively senior and moderate Garland. Not a bad deal, if you can get it.

They should not be permitted to play this strategy out. If they can pull this off, it will set a terrible precedent for the future. It would wreak havoc on the Supreme Court confirmation process for decades to come. What, though, can be done to frustrate this cynical and manipulative maneuver?

Here is my suggestion: President Obama and Hillary Clinton should announce that if the Senate Republicans do not confirm Garland’s nomination by, say, Sept. 15, then Obama will withdraw Garland’s nomination and, upon her election, President Clinton will put forth in his place a much younger, and much more liberal, nominee. In short, this should be the price the Senate Republicans play for refusing to play by the rules.

This would be unfair to Garland, who deserves better. But this may be the only way to force the Senate Republicans’ hand. With the nomination of Garland, Obama offered them a very generous compromise, one that many liberal Democrats criticized. It is now time for the Senate Republicans to take it, or leave it, and let the chips fall where they may. 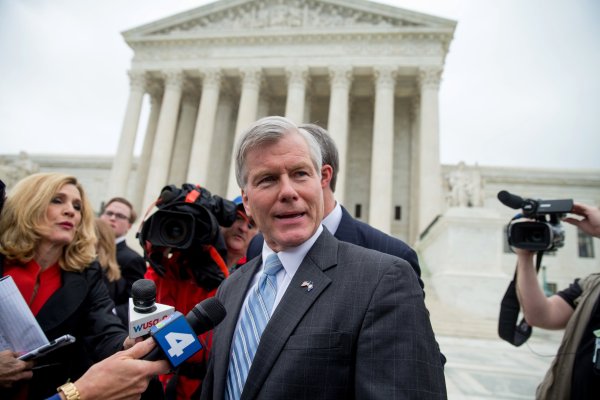