The Supreme Court has overturned the conviction of former Virginia Gov. Bob McDonnell on public corruption charges, reversing a previous ruling and paving the way for a retrial.

The court’s decision was unanimous.

Gov. McDonnell and his wife Maureen were convicted of public corruption in 2014 for accepting gifts from a donor for whom the McDonnells promoted a dietary supplement.

McDonnell was sentenced to serve two years in prison, but the former governor has been free on bond as he awaits appeal. His wife’s appeal is still pending and could be affected by the Supreme Court’s decision.

In a statement released after the ruling, an attorney for Maureen said they are “extremely gratified” by the Court’s decision, which they said should require that her conviction be overturned as well.

“This decision applies no less to our client Maureen McDonnell and requires that her conviction immediately be tossed out as well, which we are confident the prosecutors must agree with,” attorney William A. Burck said in a statement. “Mrs. McDonnell, like her husband, was wrongfully convicted.” 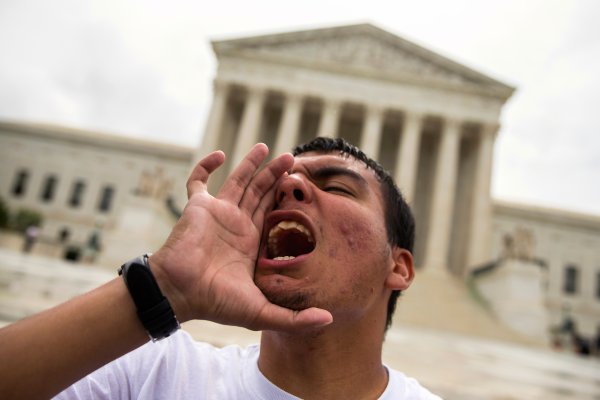 How the Supreme Court Decision on Immigration Will Affect 3 Families
Next Up: Editor's Pick