You Asked: Does Acupuncture Work?

You hear the term “acupuncture,” and visions of needles may dance in your head. But the 3 million Americans (and counting) who have tried it know there’s a lot more to the treatment than pokes and pricks.

A typical visit to an acupuncturist might begin with an examination of your tongue, the taking of your pulse at several points on each wrist and a probing of your abdomen. “They didn’t have MRIs or X-rays 2,500 years ago, so they had to use other means to assess what’s going on with you internally,” says Stephanie Tyiska, a Philadelphia-based acupuncture practitioner and instructor.

These diagnostic procedures inform the placement of the needles, Tyiska says. But a visit to an acupuncturist could also include a thoughtful discussion of your diet and personal habits, recommendations to avoid certain foods or to take herbal supplements and an array of additional in-office treatments—like skin brushing or a kind of skin suctioning known as “cupping”—that together fall under the wide umbrella of traditional Chinese medicine.

But does it work? Figuring out whether each one of these practices may be therapeutically viable is a challenge, and determining how all of them may work in concert is pretty much impossible. Combine them with acupuncturists’ frequent references to “qi,” or energy flow, and it’s easy for a lot of people to dismiss the practice as bunk.

Not so fast, though. A recent meta-analysis, which examines existing research on a topic, compared acupuncture treatment to standard medical treatment (the kind involving a doctor’s exam and drugs) for musculoskeletal pain, chronic headaches, and osteoarthritis. It also compared real acupuncture to “sham” acupuncture, a procedure where needles are inserted at random to make patients believe they were receiving acupuncture when they were not. “There are many poorly designed acupuncture studies out there, so we tried to include only the best trials,” says Andrew Vickers, a biostatistician at Memorial Sloan Kettering Cancer Center who coauthored the meta-analysis.

When comparing legit acupuncture to standard care, there was a statistically significant benefit to acupuncture, Vickers says. “We saw a measurable effect there,” he explains. “If acupuncture were a drug, we’d say the drug works.”

When Vickers and his team compared legitimate acupuncture to sham acupuncture, that benefit persisted, but shrank. There are a lot of ways to interpret this, Vickers says. “It could be acupuncture has a large placebo effect, or it could be that pressure points”—the precise locations at which needles are inserted—“are less important than acupuncturists claim,” he explains.

Many people equate placebo effects with scams. “The term placebo has always had this very negative connotation,” says Vitaly Napadow, director of the Center for Integrative Pain Neuroimaging at Harvard Medical School. But Napadow says our poor opinion of placebo needs revising. The human body has built-in systems for stoking or calming pain and other subjective sensations. “If a placebo can target and modulate these endogenous systems, that’s a good and a real thing,” he says.

But acupuncture may have effects even more profound than placebo. Napadow has conducted dozens of brain imaging studies on acupuncture in an effort to determine just how the treatment may or may not calm pain or related conditions like headache or arthritis. He says there are lots of ways acupuncture might work, and the specific mechanism may depend on the type of condition you’re trying to treat.

One possibility is that being jabbed with a needle induces a tiny injury, causing your immune system to respond by sending inflammatory proteins and other infection-fighting, would-healing chemicals to the source of that injury. “There’s the idea that by inducing many of these very small injuries, you’re ramping up the immune system so that it can deal with bigger problems,” Napadow says.

It’s also possible that the increased flow of blood and immune system chemicals to the poke site could help clear away accumulated cellular byproducts that may trigger or worsen a condition like plantar fasciitis or tendonitis, he says. “Or the needles might activate nerve receptors in the skin, which then pass info up into your spinal cord and brain,” he says. “That information might trigger a change in brain physiology, like the release of endorphins or those sorts of neurotransmitters that could lessen the sensation of pain associated with something like fibromyalgia.”

His research has borne out some of these potential mechanisms. One of his studies showed that after traditional acupuncture, opioid receptors were more available, or receptive, to the body’s natural pain-quelling chemicals. There was no such change after sham acupuncture.

It basically means opioid receptors were more available or receptive to the types of body hormones and chemicals that help quell pain.

Napadow says that more research has looked into the effect of expectancy on acupuncture outcomes—or whether people who believe the treatment will work experience more benefit than those who don’t. The evidence suggests that expectancy doesn’t improve acupuncture’s effectiveness. “Often it’s the guy who says his wife made him try it who has the greatest benefit,” he says.

Couple these promising findings with the fact that acupuncture is a low-cost treatment option with very few side effects, and Napadow says it makes sense to consider it a helpful partner to Western medicine—especially when it comes to chronic pain-related ailments for which Western medicine often relies on painkillers. “It won’t cure cancer,” he says. “But it could be effective for managing side effects of radiation or chemotherapy—things like pain or neuropathy or nausea.”

Tyiska, the Philadelphia-based acupuncturist, makes a similar argument. “I don’t tell people to stop seeing their doctors,” she says. “But if you’re being prescribed opioids, or you’re considering surgery, you lose very little by trying acupuncture first.” 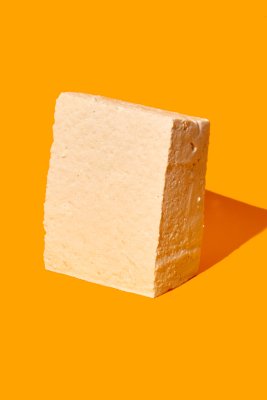 Natural Remedies for Menopause Actually Work
Next Up: Editor's Pick