John Oliver Warns U.S. Voters After Brexit: There Are No Do-overs

Late night host John Oliver has seen the comparisons between the U.K.’s Brexit vote to leave the E.U. and the ascension of Republican presidential nominee Donald Trump and he has a warning for Americans: there are no do-overs.

During an epic rant on Sunday night’s Last Week Tonight, Oliver read a tweet from Trump that said people in the U.S. “want their country back,” in an attempt to find parallels between the two countries’ votes.

“You might think, ‘well that is not going to happen to us in America. We’re not going to listen to some ridiculously haired buffoon peddling lies and nativism with hopes of riding a protest vote into power,'” Oliver said. “Well let Britain tell you, it can happen and when it does there are no f-cking do-overs.”

The “ridiculously haired” politician Oliver was referring to was Boris Johnson, the former mayor of London and a prominent voice urging U.K. voters to leave the E.U.

Throughout the segment, Oliver noted that though the U.K. voted to leave, some have expressed “buyers remorse” and that prominent voices on from the Leave campaign have come out and said one of the major promises they made to persuade voters to leave may not be kept. 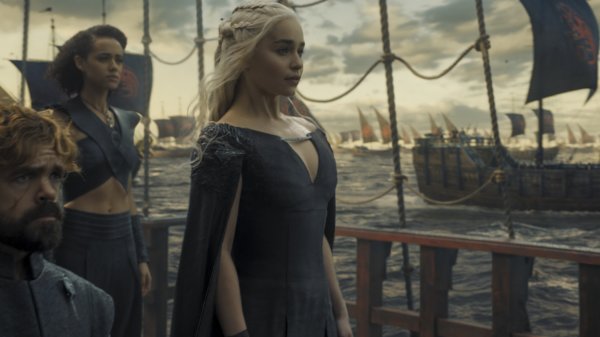 Emilia Clarke Guesses At Her Future on 'Game of Thrones'
Next Up: Editor's Pick