Jesse Williams struck a chord with several viewers tuning into the 2016 BET Awards on Sunday when he delivered a powerful and politically charged speech about racism and police brutality while accepting the show’s Humanitarian Award.

The Grey’s Anatomy actor and prominent Black Lives Matter activist evoked the name of Tamir Rice, the 12-year-old fatally shot by a white police officer in Cleveland in 2014, and several other black people killed by police or while in police custody. “Yesterday would have been young Tamir Rice’s 14th birthday. So, I don’t want to hear anymore about how far we’ve come when paid public servants can pull a drive by on a 12-year-old playing alone in a park in broad daylight, killing him on television and then going home to make a sandwich,” Williams said.

Williams, who received a standing ovation, dedicated the award to “real organizers all over the country,” including activists, civil rights attorneys, struggling parents and students. He also gave a specific shout-out to “the black women in particular who have spent their lifetimes dedicated to nurturing everyone before themselves.” “We can and will do better for you,” he told them.

“Now, what we’ve been doing is looking at the data and we know that police somehow manage to deescalate, disarm and not kill white people every day,” Williams said. “So what’s going to happen is we’re going to have equal rights and justice in our own country or we will restructure their function in ours.”

Williams also slammed critics of the Black Lives Matter movement. “If you have a critique for the resistance, for our resistance, then you better have an established record of critique of our oppression,” he said. “If you have no interest in equal rights for black people, then do not make suggestions to those who do. Sit down.”

The speech was hailed by many, including superstar Justin Timberlake, on social media as powerful and inspirational. 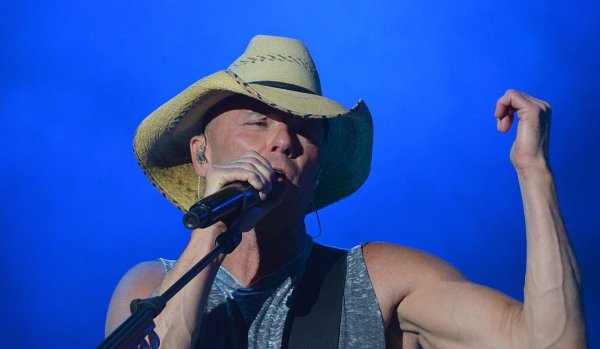 Kenny Chesney Apologizes to Wounded Cop After Mistakenly Telling Fans He Died
Next Up: Editor's Pick