The U.K. Will Resist Pressure to Leave the E.U. Early

Union flag banners hang across a street near the Houses of Parliament in central London on June 25, 2016
Odd Andersen—AFP/Getty Images
By Amanda Calvo

The U.K. will resist pressure from several E.U. politicians to immediately begin the Brexit process, according to its Foreign Secretary Philip Hammond. “Nothing is going to happen at the moment,” he said, according to the BBC.

The U.K. chose to leave the bloc in a referendum on Thursday. However, Prime Minister David Cameron indicated in his resignation speech that formal talks to leave the E.U. would not take place until a successor is found for him after he steps down in October. The appears contrary to the position of European Commission President Jean-Claude Juncker, who has urged that the exit process start as soon as possible.

The U.K. can make the first move to leave the E.U. by invoking Article 50 of the Treaty of Lisbon, which sets a two-year deadline for negotiating its withdrawal.

German Chancellor Angela Merkel has said that the E.U. had “no need to be particularly nasty” about a U.K. departure.

Reuters quoted Merkel’s Chief of Staff Peter Altmaier as saying the British government “should take the time” to consider the consequences of the Brexit decision. 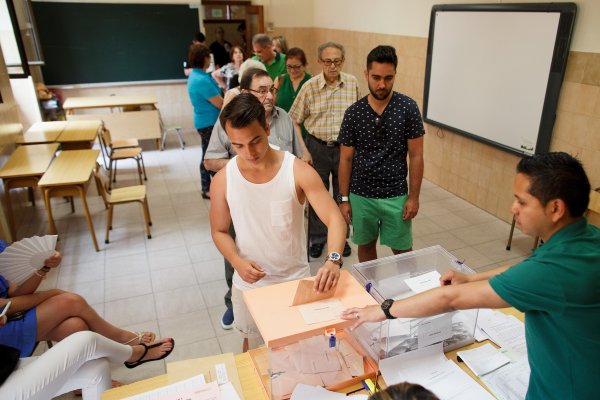 No Absolute Majority Winner in Spanish Elections
Next Up: Editor's Pick